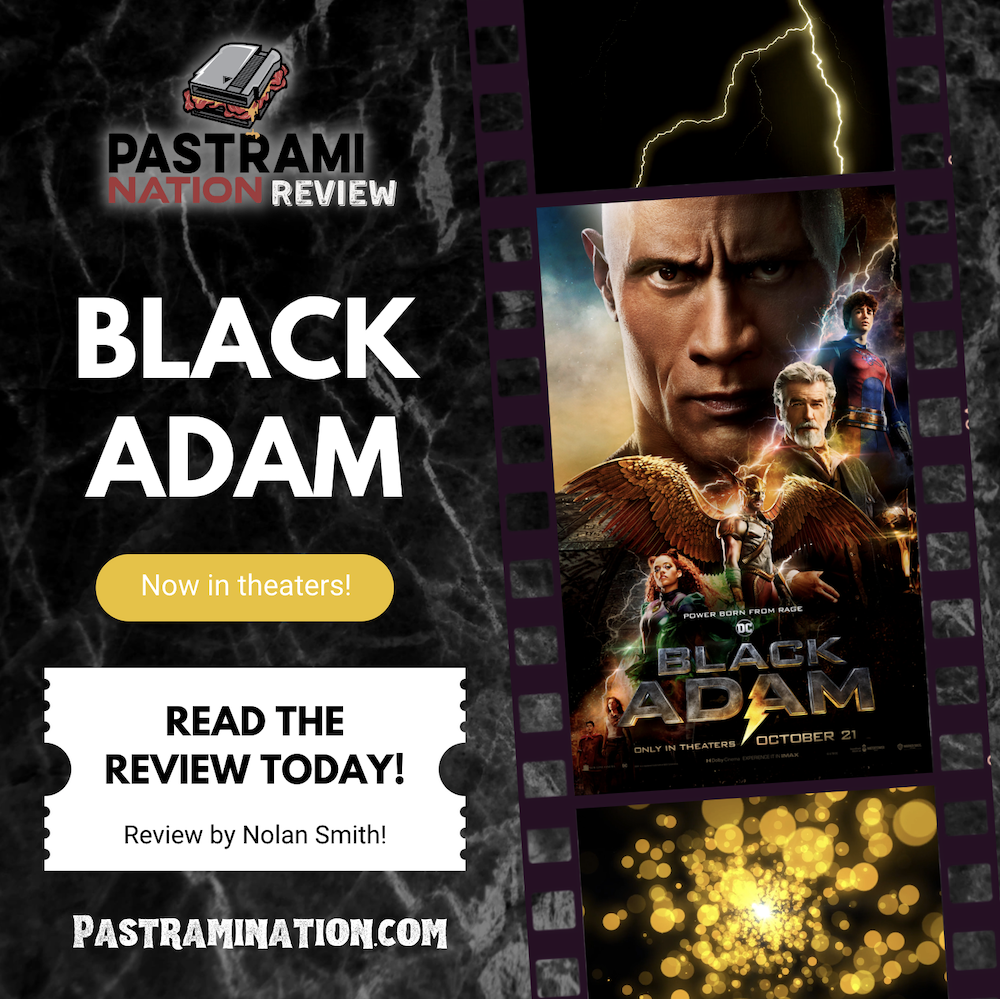 It has been a long time coming: Dwayne “The Rock” Johnson has been lobbying for a Black Adam movie for over a decade, with many rolling their eyes at such a notion. A film based on a Shazam villain that isn’t even that well known? Why would DC commit cinematic suicide like that? Well, some people have no clue what they are talking about: being a fan of DC and the Justice Society of America for a long time, I have eagerly awaited a film based on the wizard’s “mistake” of a champion. So here we are- the film is here- did the most electrifying man in Hollywood capture lightning in a bottle, or did the movie bring little more than a few sparks?

Black Adam has brought back the superhero blockbuster.

Directed by Jaume Collet-Serra (Jungle Cruise, Orphan), the film stars Dwayne Johnson as Teth Adam, a champion chosen by the wizard Shazam 5,000 years ago to help liberate the land of Kahndaq, but is sealed away. He is awakened when Adrianna (Sarah Sahahi) and her brother Karim stumble upon an ancient tomb that holds a powerful crown forged by demons but also holds Black Adam. Unleashed in a world he doesn’t know, Adam ends up on a collision course with the historic Justice Society, Intergang, and more.

Johnson does a fantastic job as the all-powerful, all-cocky demigod. The character of Black Adam has always been one of revenge and of priding himself on being the best- the strongest, the top guy. Johnson pulls this off exceptionally well and in a glorious, violent fashion. The fight scenes push the rating envelope, with deaths that show what an “evil Superman” could do when he lets loose. Not to be outdone by Johnson, the JSA members shine bright in their way, with Pierce Brosnan’s Doctor Fate stealing the scene on more than one occasion. Hawkman (Aldis Hodge) is another that gives a fantastic performance, embodying the Thanagarian warrior perfectly.

Dwayne Johnson and the cast and crew here might be what brings back the DC Cinematic Universe to life. I was blown away by every part of this film- the evil twin to DC’s lighthearted romp in Shazam. We got a glimpse at a man never destined to be a hero and of a whole superhero legacy that has been missing from the silver screen for far too long. Black Adam is my favorite movie of 2022 and my favorite superhero film in years. Thank you, Rock.