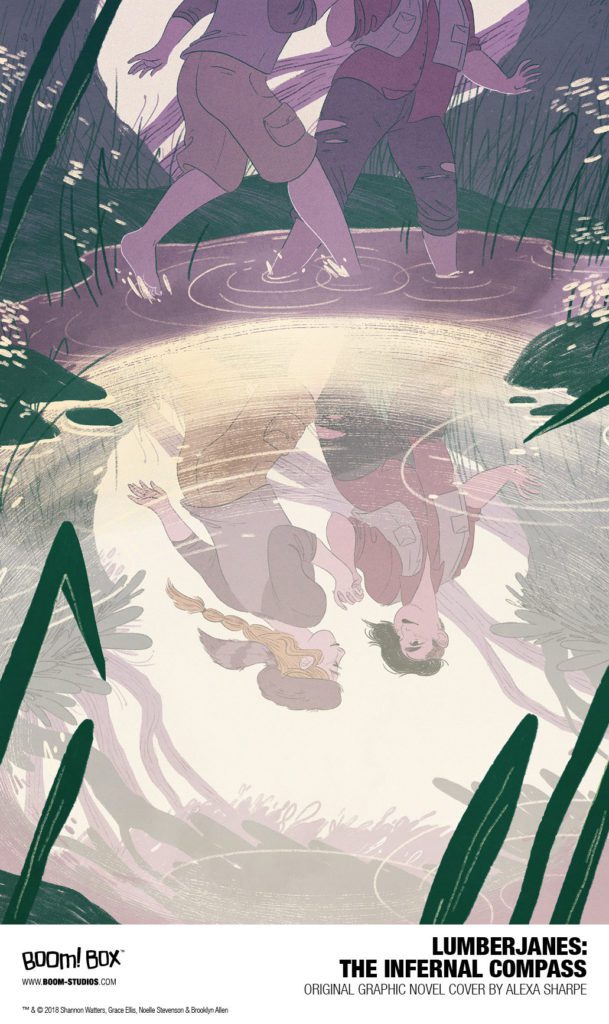 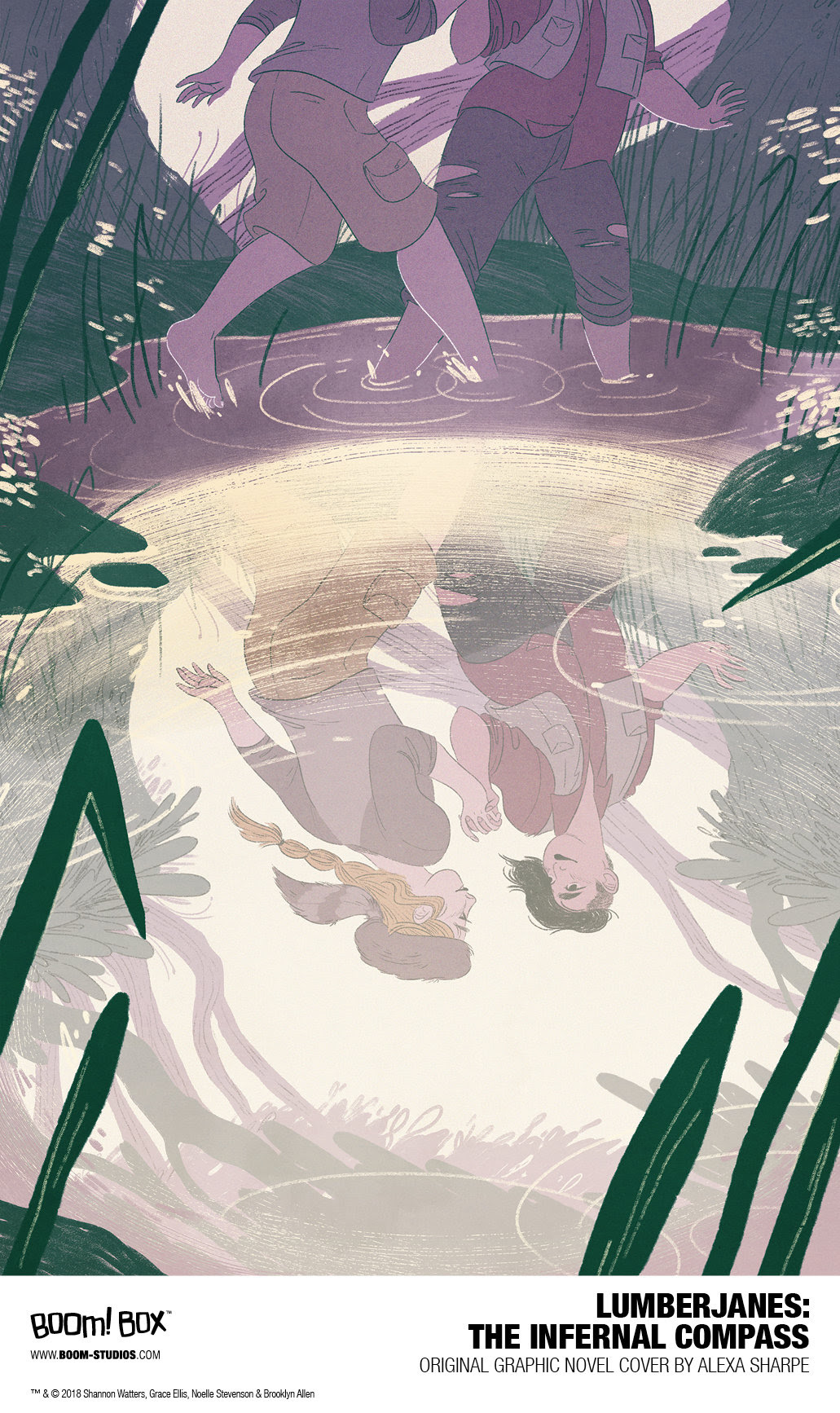 BOOM! Studios is proud to announce LUMBERJANES: THE INFERNAL COMPASS, the historic first original graphic novel in the history of the series that’s sold over a million copies worldwide. Eisner Award-nominated writer Lilah Sturges (Jack of Fables, Justice Society of America) and rising-star artist polterink present an all-new story in Miss Qiunzella Thiskwin Penniquiqul Thistle Crumpet’s camp for Hardcore Lady-Types when Mal, Ripley, Molly, April & Jo become separated during an orienteering outing thanks to a mysterious compass. While Molly begins to feel more and more insecure about the effect of her relationship with Mal on the other girls, a lonely woman explorer is trying to steal the compass…with the help of some weirdly polite automaton butlers, of course.

“I’ve been a huge fan of Lumberjanes since precisely April 8, 2017 — I know because that’s when I started tweeting about how great it is. It’s not just that it’s fun and funny and charming–and it is all those things–but it also represents queerness in a way that I think is enormously important. In the world of Lumberjanes being queer is simply accepted and unremarkable, and I respond deeply to that,” said writer Lilah Sturges. “The idea of giving young people models of healthy queer relationships is something that really matters to me, and something I could have used myself when I was young.The inspiration behind the story was a conversation with Lumberjanes editor Dafna Pleban about the relationship between Mal and Molly and what it must have been like for them getting together. First love is a fraught, tender thing, and we loved the idea of focusing on the fears and anxieties the come with starting a relationship in an existing friend group. The rest of it was coming up with the funnest, Lumberjane-iest possible means of expressing that conflict in a big way that also includes interesting artifacts and cool monsters and lots of friendship and yelling and feminist exclamations.”

“Lumberjanes is such a special series with it’s cast of awesome ladies, it’s inclusivity and wonderful storylines that take me right back to my days exploring the woods as a kid,” said artist polterink. “So of course I jumped at the opportunity to be a part of creating even more stories in the Lumberjanes universe! Are there gonna be monsters? Mysteries? Wonders? Who knows, but it’s definitely gonna be a great new adventure!”

Launched in 2014 under BOOM! Studios’ YA-focused BOOM! Box imprint by series co-creators Shannon Watters, Grace Ellis, Brooklyn Allen, and Noelle Stevenson, Lumberjanes was originally solicited as a limited series, but the overwhelming response from fans transformed it into an ongoing series that has become a New York Times best-seller, earned numerous nominated for prestigious awards including the GLAAD Media Award and the Eisner Awards (for which it has won twice), and have even crossed over with heroes from the DC Comics Universe (in Lumberjanes/Gotham Academy). The Lumberjanes have expanded to middle-grade novels at Abrams Books, a diverse array of merchandise from pins to patches, and a feature film in development at 20th Century Fox.

“We’re incredibly excited to continue exploring the world of Lumberjanes in this new graphic novel — with all the adventures in the main series, we sometimes miss the chance to slow down and spend time with the ‘Janes in their most formative moments. With this first graphic novel, we get to spend time with Mal and Molly and the rest of the ‘Janes on an adventure fans won’t want to miss!” said Dafna Pleban, Editor, BOOM! Studios. “Lilah and polterink are an absolute dream team for any fans of Mal, Ripley, Molly, April & Jo, bringing a new dimension and perspective to their adventures.”

Print copies of LUMBERJANES #50 will be available for sale in May 2018 at local comic book shops (use comicshoplocator.com to find the nearest one), book stores or at the BOOM! Studios webstore. Digital copies can be purchased from content providers, including comiXology, iBooks, Google Play, and the BOOM! Studios app.

For more on LUMBERJANES and other projects from BOOM! Studios, please visit www.boom-studios.com and follow @boomstudios on Twitter.