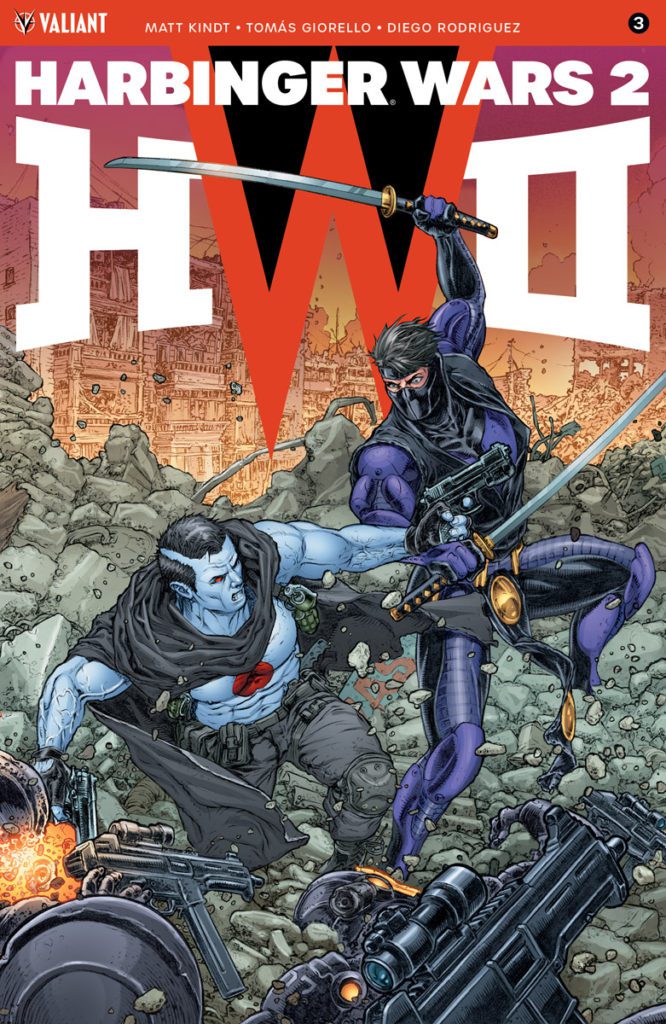 First Look: The Colossal Event of 2018 Rages On in HARBINGER WARS 2 #3 – In Stores This July 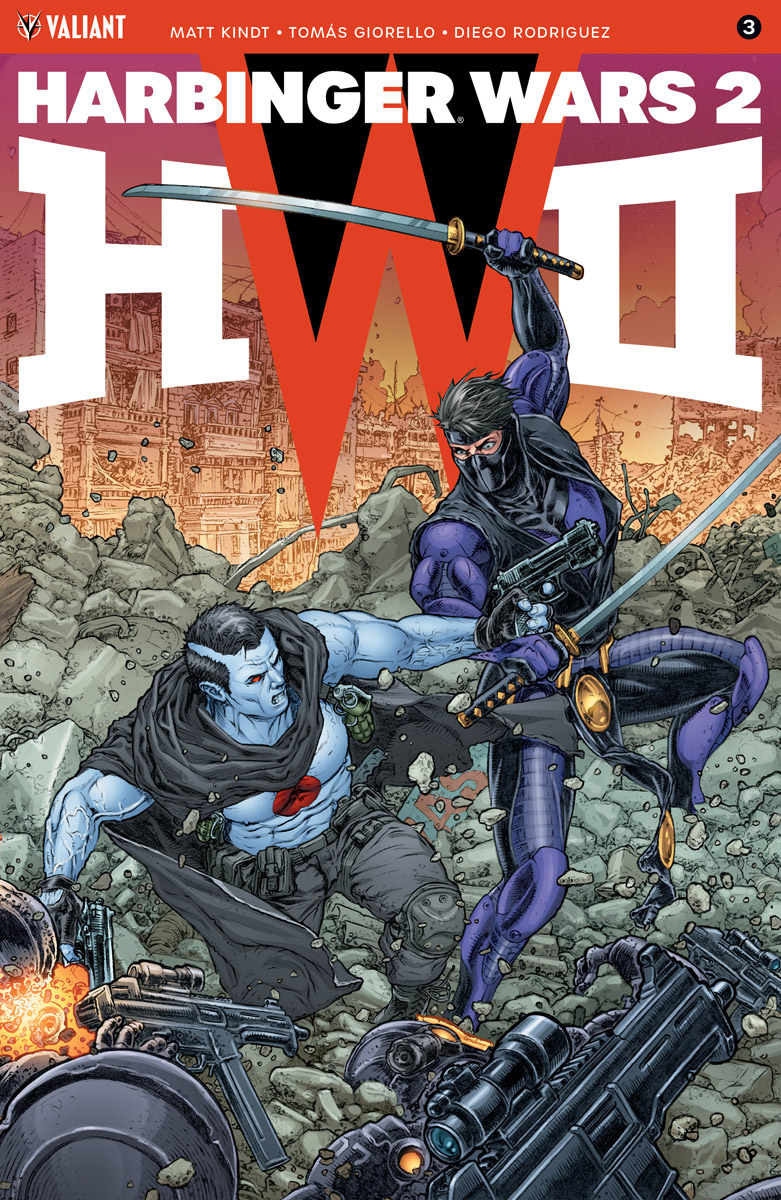 Valiant is proud to reveal your first look at the covers for HARBINGER WARS 2 #3 (of 4), the third chapter in the SEISMIC SIX-PART EVENT that will push Valiant’s most powerful heroes past their breaking points and beyond! On July 25th, New York Times best-seller Matt Kindt (DIVINITY, Mind MGMT) and breathtaking artist Tomás Giorello (NINJA-K) – the creative team who waged war against the galaxy in the best-selling X-O MANOWAR series – advance their new campaign deep into the heart of the Valiant Universe towards an unstoppable, continent-shattering climax!

Divided but not yet conquered, Livewire and the Harbinger Renegades are making their last stand for the fate of their fellow psiots! Targeted by X-O Manowar and the governmental forces of the H.A.R.D. Corps, the most powerful players behind the cataclysmic conflict that has torn America asunder are about to converge in a violent conflict where the ultimate fate of the Valiant Universe will be decided… And Ninjak and Bloodshot are about to get a crucial new role in the heart of it all!

Next: On June 27th, the most powerful Valiant event attempted continues in full force with HARBINGER WARS 2 #2 (of 4), the next chapter of the senses-shattering confrontation of 2018 by Matt Kindt and Tomás Giorello! Coming soon…the unstoppable X-O Manowar enters the fray!

From East to West, the nation has been cleaved down the middle as Livewire’s defensive attack on the U.S. power grid envelops America in darkness and sets the stage for the biggest clash of powers ever witnessed… On one side, Peter Stanchek’s ragtag team of Renegades – alongside their newly activated army of untrained and wildly unstable psiots – ready themselves for an unsparing firefight with H.A.R.D. Corps and the agents of Omen. On the other, Ninjak and Bloodshot prepare to enter Livewire’s domain inside blacked-out Los Angeles. But as the casualties pile up and the losses mount on both sides, none of them will be ready to confront the full fury of raw power personified as X-O Manowar makes his long-awaited return after a year of self-imposed exile among the stars…and delivers a single concussive strike that will send shockwaves across the whole of the Valiant Universe!

On June 27th, New York Times best-selling writer Matt Kindt and Tomás Giorello unleash X-O Manowar on a world he thought he’d left behind in HARBINGER WARS 2 #2 (of 4), and fire off the next brutal volley in the coast-to-coast clash of comics icons that will leave no hero unscathed! Featuring an incredible array of covers by J.G. Jones (Y: The Last Man), Mico Suayan (BLOODSHOT REBORN), Juan José Ryp (Clone), and Felipe Massafera (JLA/The 99)!