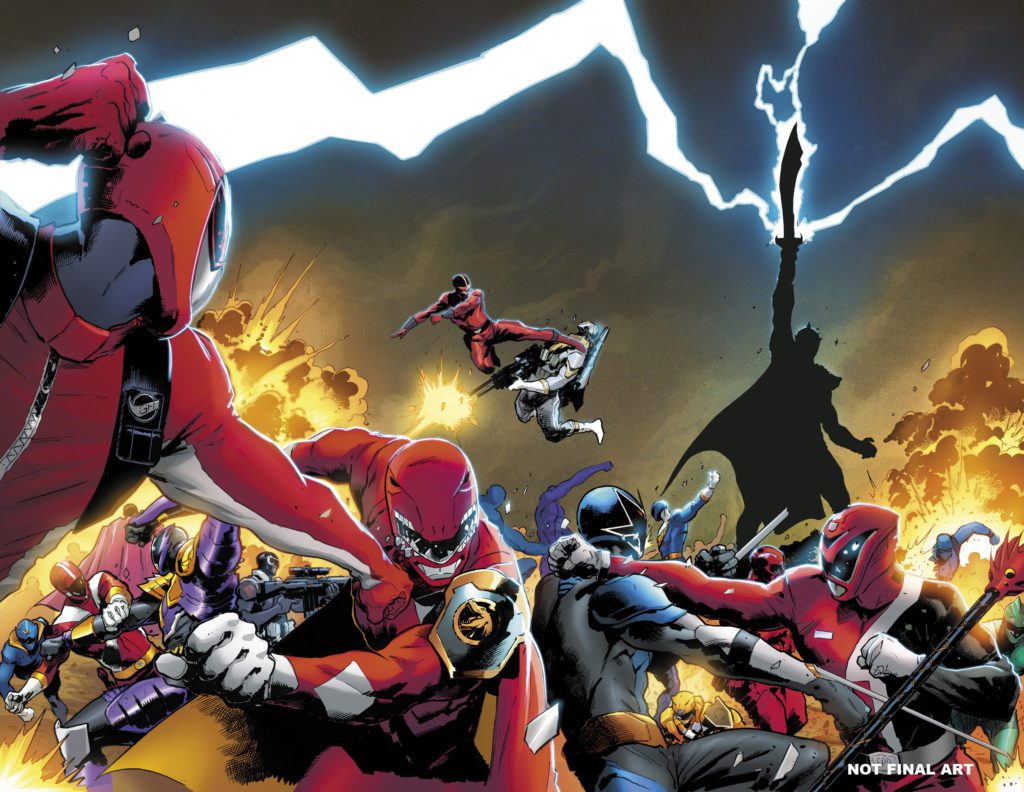 These two new variant covers are part of the special comic shop midnight release of MIGHTY MORPHIN POWER RANGERS: SHATTERED GRID #1 on Tuesday, August 28th to celebrate Power Rangers Day, honoring the twenty-five year legacy of the landmark franchise. The “Shattered Holofoil” cover will feature Lord Drakkon in battle against the Power Rangers (open to order by all comic shop retailers before July 23) and the rare “Unmasked” virgin variant will be available in limited quantities (Retailers: please contact Diamond for more information).

MIGHTY MORPHIN POWER RANGERS: SHATTERED GRID #1 is the blockbuster finale to the Shattered Grid event, drawing Power Rangers from across time and space for a final showdown against one of their own. Brought to you by writer Kyle Higgins and artist Daniele Di Nicuolo, this issue also features a main cover by Jamal Campbell (Green Arrow), with variants covers by Chris Burnham (Batman Incorporated) and Christian Ward (Black Bolt).

“Everything changes for the Power Rangers and the Power Rangers universe in MIGHTY MORPHIN POWER RANGERS: SHATTERED GRID #1 so we wanted to celebrate this special issue with variant covers unlike anything we’ve ever done,” said Dafna Pleban, Senior Editor, BOOM! Studios. “Everything is on the line in this issue, and we wanted a cover to showed just how much fans have to look forward to. You won’t want to miss out by not getting to your local comic shop at midnight on August 28th!”

Print copies of and MIGHTY MORPHIN POWER RANGERS: SHATTERED GRID #1 will be available for sale at midnight on August 28th at participating local comic book shops (use comicshoplocator.com to find the one nearest you) or at the BOOM! Studios webstore. Digital copies can be purchased from content providers like comiXology, iBooks, Google Play, and the BOOM! Studios app.

Currently, Power Rangers is celebrating 25 continuous years on the air, making it one of the longest running kids’ live-action series in television history with nearly 900 episodes aired to date. Created by Haim Saban and launched in 1993 with “Mighty Morphin Power Rangers,” the franchise celebrates its milestone anniversary year with the 25th season, “Power Rangers Super Ninja Steel” currently airing on Saturdays at 12 p.m. (ET/PT) on Nickelodeon in the U.S.