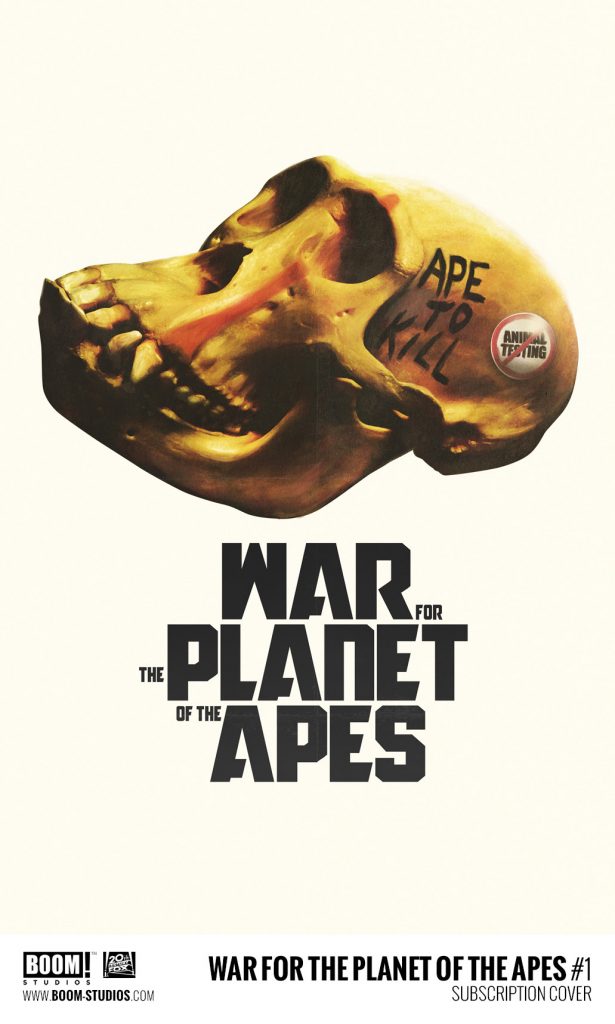 “I’m a huge fan of the original Planet of the Apes films, and I really love what they’ve done with the new series,” says Walker. “Working on War for the Planet of the Apes not only means that I get to play around in my favorite film franchise, it means I get to contribute to what may ultimately be the best Apes film since the first one in 1968.”

“It’s going to be both fun and challenging to work on such a well-established franchise. Rise of the Planet of the Apes and Dawn of the Planet of the Apes were both fantastic movies that had some really beautiful visuals and great character development,” adds Scharf. “Playing around with more realistic likenesses and locations from the movies and a more stylized approach in the context of the medium of comics is also going to be interesting. And let’s be honest here, drawing apes is also just a ton of fun.”

Picking up where the Dawn of the Planet of the Apes film left off, the War for the Planet of the Apes comic series will serve as a bridge to the upcoming new movie. Spanning the course of a year, this limited series focuses on various groups of characters throughout the United States, giving readers a look into this mysterious world. 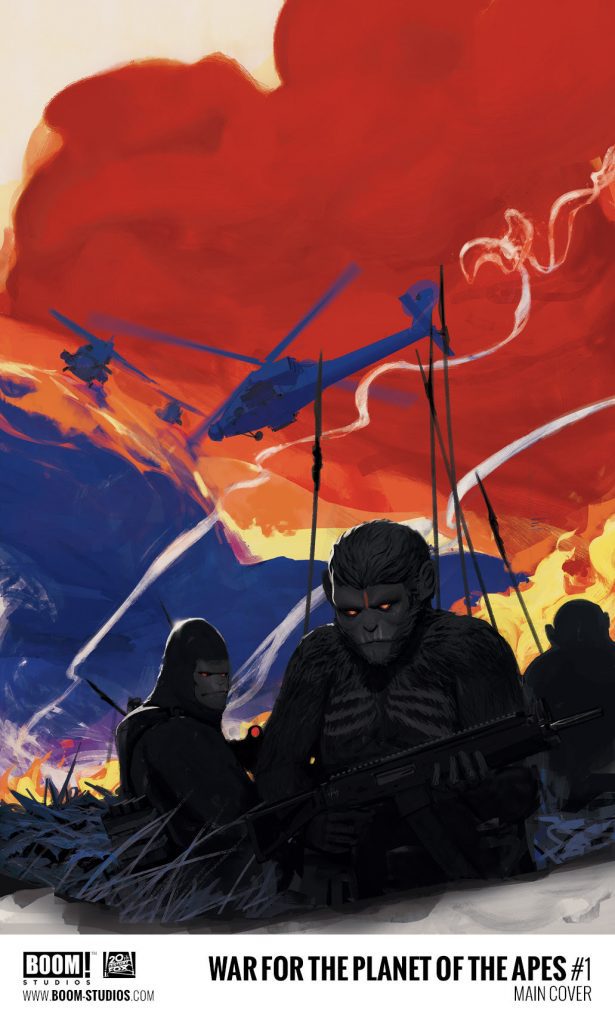 “The story I’ve written for War for the Planet of the Apes takes place between the Dawn and War films, as Caesar prepares the apes for the threat he knows they are about to face from the human military,” explains Walker. “At the same time, we explore what is happening in other parts of the country, and how apes and humans struggle for dominance in the aftermath of the Simian Virus.”

War for the Planet of the Apes #1 features covers by Mikhail Borulko and Jay Shaw (Evil Empire).

Print copies of War for the Planet of the Apes #1 will be available for sale at local comic book shops (use comicshoplocator.com to find the nearest one) or at the BOOM! webstore. Digital copies will be available to purchase on digital book marketplaces, including ComiXology and the BOOM! Studios app.

For news on War for the Planet of the Apes and more from BOOM! Studios, stay tuned to www.boom-studios.com and follow @boomstudios on Twitter.