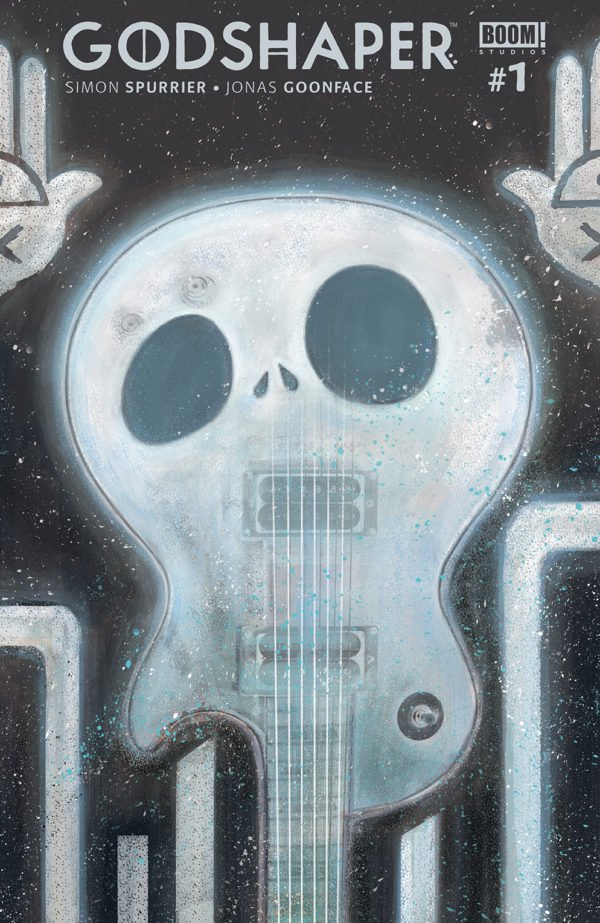 In the future, its not about how much money you have, the friends you keep or what you own that make you. It’s the god we keep and how they help us through life. Everyone has their own god. Those who don’t are nobodies, the lowest of the low.

The story follows Ennay, a man without a god. He is a shaper, one who helps shape and mold other peoples gods. Travelling across the country with Buddy, a god without a human, he hustles his way through life. One particular town they stop at, though, might be more of a problem than they bargained for.

‘Godshaper’ is a unique look at the future. It’s a future we have never seen depicted before, but it seems almost all too possible. Everything from the backgrounds to the dialogue, a lot of attention has been given to the story. The world in the book feels organic and lived in. Having no real backstory to take from, it’s obvious from the way people interact with each other that there is a divide, and something big must have happened. The dialogue reminded me of the way people used to talk back in early Americana, and it worked.

The first issue of ‘Godshaper’ is a well written and intriguing story of a dustbowl like future. Ennay is a flawed character, someone who the world doesn’t believe deserves a god. He found his own god though, one who is willing to follow him through thick and thin. This is a great first issue, of what I hope is a great series.