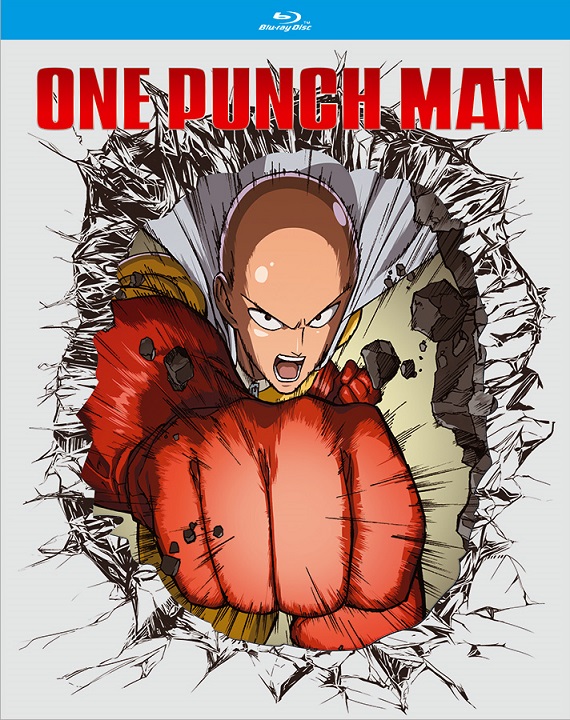 All 12-episodes of the action-packed anime series about an unlikely superhero with a knockout punch are now available as a Blu-ray/DVD Combo Pack, and as Standard Edition Blu-ray and Standard Edition DVD sets.

Based on the best-selling manga series (also published by VIZ Media, rated ‘T’ for Teens) created by ONE and illustrated by Yusuke Murata, ONE-PUNCH MAN depicts the adventures of Saitama, a young man who only became a hero for fun. But after three years of “special” training, he finds that he can beat even the mightiest opponents with a single punch. Though he faces new enemies every day, it turns out being devastatingly powerful is actually kind of a bore. Can a hero be too strong? 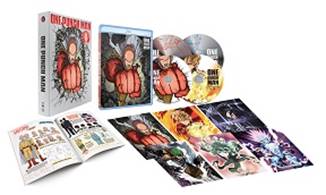 The Limited Edition Blu-ray/DVD Combo Pack carries an MSRP of $59.99 U.S. / $69.99 CAN and features the collection on two Blu-ray and two DVD discs. Notable bonus content includes six special ONE-PUNCH MAN OVA shorts, which are being released exclusively on the Blu-ray format, along with premium packaging, six collectible art cards, and a full-color episode guide booklet with summaries, character profiles, and staff and cast interviews. Fans who order the Limited Edition set from Right Stuf will get an exclusive silver tone Hero Association pin, while supplies last.

“ONE-PUNCH MAN is an action-filled adaptation of the fan-favorite manga series and we are very excited to give fans the opportunity to acquire the complete collection on home video,” says Charlene Ingram, VIZ Media’s Senior Manager of Animation Marketing. “Will Saitama ever find an opponent strong enough to give him a match worthy of his extraordinary strength? Find out as the series debuts on Blu-ray and DVD this spring!”