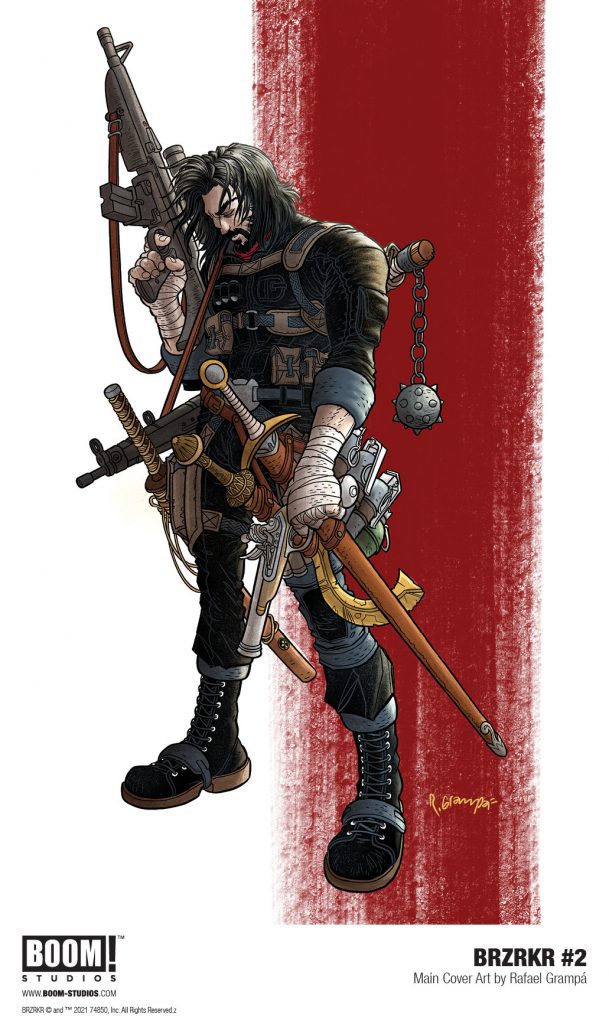 BRZRKR #2 Review: Savior of the Valley

There has been a lot of excitement and speculation about this title. After all, it is a comic book co-written by A-List action star Keanu Reeves. Not only is he a co-writer, but the main character is drawn in his likeness as if he is starring as the main character in the series himself!

If you would like to move straight to the review of issue 2, you can either hit “skip recap” or simply move to the next paragraph! The first issue was an exciting introduction to the concept and the main character. He had a Deadpool-like action sequence where he shredded through the villains and took on massive damage. His healing ability appeared to make him un-killable. At the end, he flashes back to his birth in what seems to be pre-historic caveman times.

Issue 2 picks up on his flashback from the first issue and dives into BRZRKR’s origin story. As he talks to his government Doctor, he begins to remember more of his ancient past and beginnings. It turns out that he is 80,000 years old! From what his parents told him, his Mother prayed to her gods for a weapon to protect the valley they lived in. She was then impregnated by the gods and, 60 days later, gave birth. After an accelerated childhood, he is confronted by the neighboring tribes who want to attack his valley. He proceeds to tear through them in a violent and gory fashion that would even make Homelander blush.

This is an excellent follow-up to the first issue. After finding out that he is pretty much immortal, we get to find out why and get a bit of his backstory (his way, way, way backstory). Reeves and Kindt tell an exciting story of how BRZRKR came to be and how he first honed his skills. The story flows very well, and it kept me turning pages. I was actually disappointed when I got to the end. I wanted to learn more! I am definitely counting down to issue 3!

On top of the captivating origin story, the artwork of Ron Garney is simply incredible. Matched with the storytelling and the dialogue, his artwork enhances and enriches this intriguing origin tale. I also have to mention the fantastic cover art by Rafael Grampa. It is a simple image (just the main character), but he makes it look really fricken cool.

Rating: FIVE Pastrami Nations out of FIVE. They are able to follow up a stellar first issue with a wonderfully gory and action-packed issue with fantastic artwork from cover to cover!