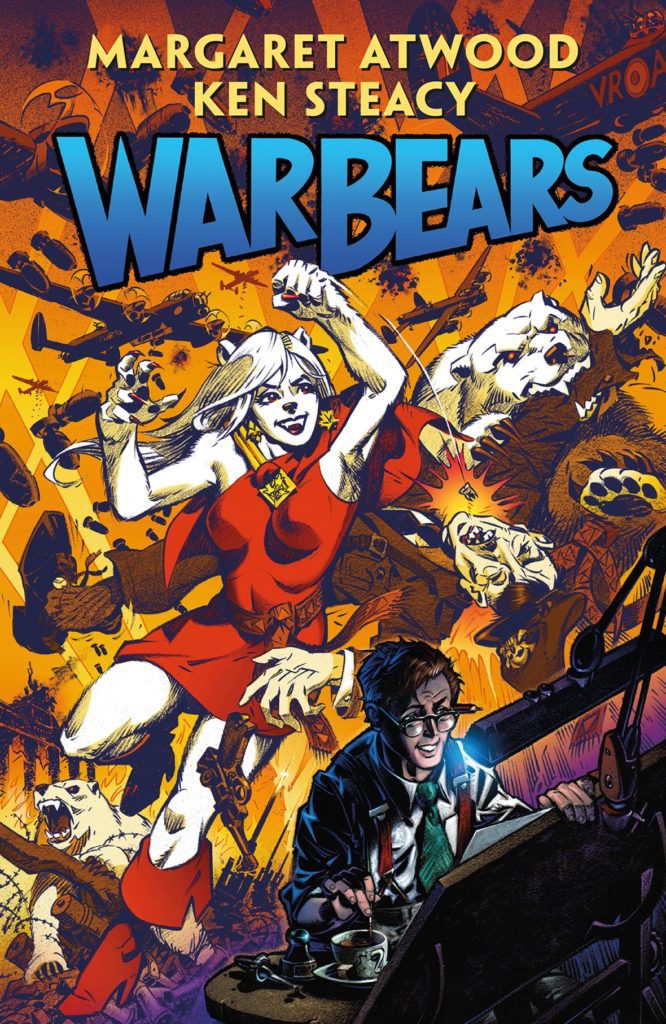 War Bears follows comic book creator Al Zurakowski, who dreams of making it big in the early world of Canadian comics publishing. Al creates Oursonette, a fictional Nazi-fighting superheroine, at the peak of World War II. This three-issue miniseries explores the early days of comics in Toronto, a brutal war that greatly strains Al personally and professionally, and how the rise of post-war American comics put an end to his dreams.

Angel Catbird follows the adventures of a genetic engineer caught in the middle of a chemical accident as he discovers new superhuman abilities. With these new powers, he takes on the identity of Angel Catbird and gets caught in the middle of a war between animal/human hybrids. What follows is a humorous, action-driven, educational, and pulp-inspired superhero adventure—with a lot of cat puns.

The first issue of War Bears goes on sale September 5, 2018, and will be available for preorder at your local comic shop for $4.99 soon.

The Complete Angel Catbird goes on sale October 03, 2018, and is available for preorder on Amazon, Barnes & Noble, and at your local comic shop. The 320-page trade collection retails for $24.99.

“An eccentric and entertaining combination of a superhero comic . . . and an appeal to consider the impact of cats on the environment.”—Publishers Weekly

“Angel Catbird sits at the intersection [of] Atwood’s love for superheroes, cats, birds, and mythology.”—Slate