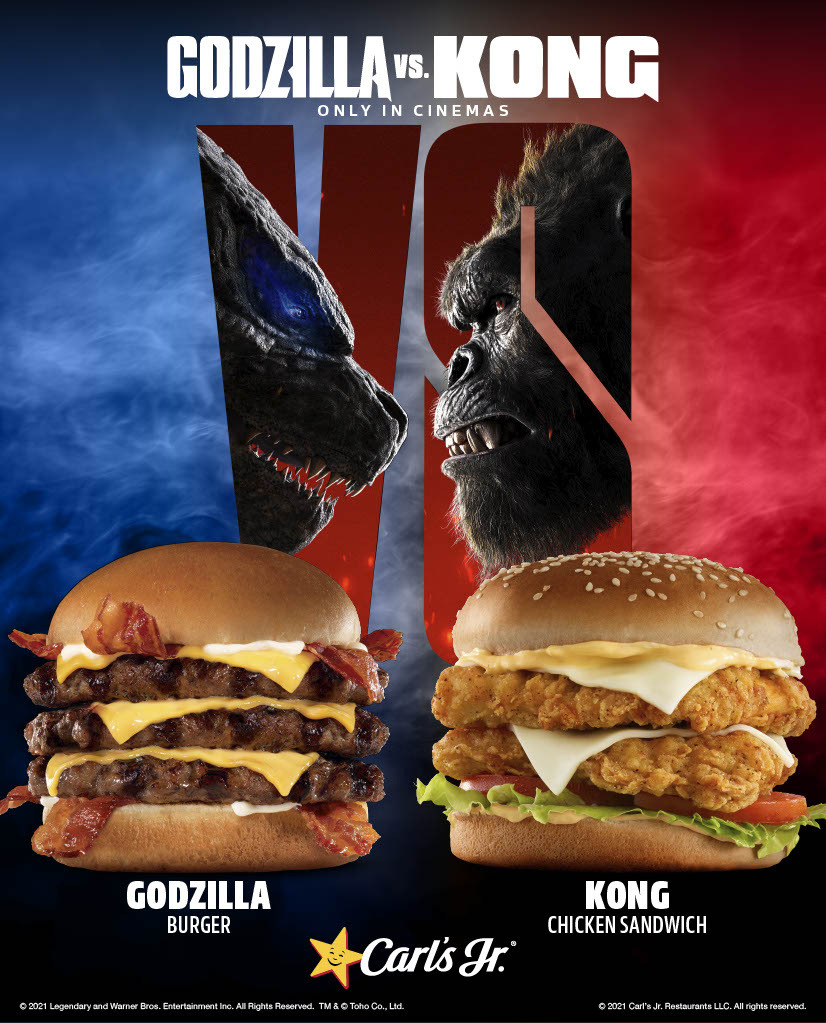 CKE Restaurants announced today its partnership with Warner Bros. and Legendary Entertainment to promote the premiere of the highly-anticipated cinematic actioner Godzilla vs. Kong timed to the film’s release, with special edition menu offerings at Carl’s Jr. and Hardee’s restaurants around the world. Godzilla vs. Kong is in theaters internationally and, as of today, March 31, in U.S. theaters and on HBO Max for 31 days from theatrical release.

Carl’s Jr. and Hardee’s will now offer a special edition Godzilla Burger, Kong Burger and Kong Chicken Sandwich, each inspired by the epic battle for the ages between the two Titans, in more than 20 countries and regions around the globe, including Mexico, Canada, Latin America, Asia, Australia, Europe and the Middle East.

“The Godzilla and Kong movies are part of an iconic franchise and we’re excited to bring the innovative flavors of Carl’s Jr. and Hardee’s to life in celebration of the Godzilla vs. Kong debut,” said Arturo Perez, Vice President of International Marketing at CKE. “The Godzilla and Kong products are inspired by this massive release with larger-than-life, mouthwatering flavors that are impossible to ignore. We’re looking forward to having our customers around the world enjoy these burgers alongside the film’s release.”

Each region will offer the Godzilla Burger and one Kong offering, including the Kong Chicken Sandwich, Kong Burger and Mexico’s version of the Kong Burger, which features a black bun, available while supplies last.