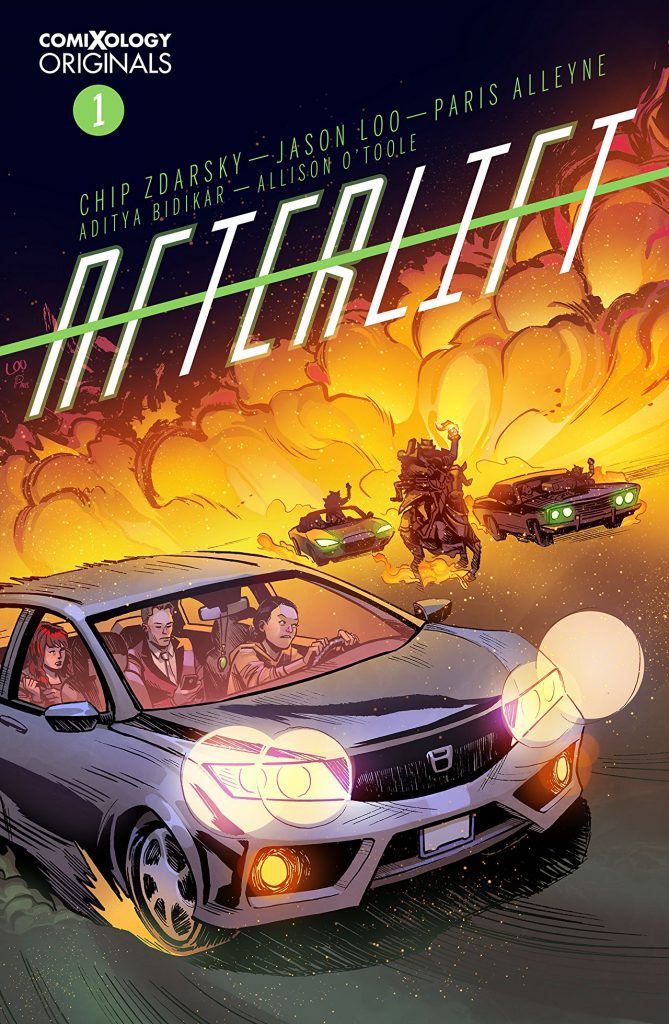 Best known for his work on Sex Criminals and his Eisner nominated runs at Marvel Comics, Zdarsky made a surprise, unannounced appearance at the event to tease his collaboration with Jason Loo, the acclaimed artist of The Pitiful Human-Lizard. “The upcoming publication of Afterlift marks a major turning point in the literary career of Chip Zdarsky, award-considered writer,” said Zdarsky. “Someday soon an Afterlift trade paperback will sit on the shelves of libraries around the world, alongside dusty, leather bound tomes of John Milton’s Paradise Lost and other books.”

In Afterlift, Janice Chen is adrift. She quits her day job in finance and signs up to be a driver on a ride-sharing app. But what was at first a mundane but enjoyable way to pass the time takes a terrible turn when a mysterious passenger updates his ride with a new final destination: Hell. 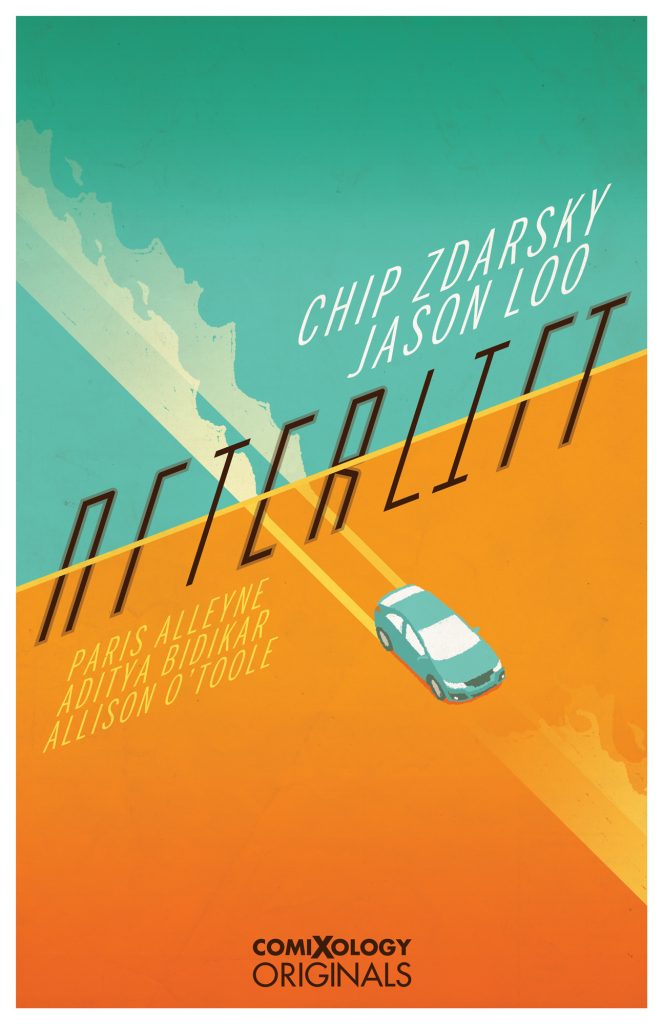 “This is an epic story about guilt, responsibility and breaking rules,” said Chip Mosher, comiXology’s Head of Content, who oversees the comiXology Originals program. “Fans are going to be blown away by the scope of Afterlift, which stretches through the byways of the afterlife, through hell, and beyond.”

“When Chip Zdarsky asked me if I wanted to be part of his next award-winning comic work, I was like ‘HELL YES!’ and he was like ‘Exactly!’ I didn’t know what to say after that so he showed me the script and pointed out my pun,” said Loo. “Anyway, I’m really excited to work on the most ambitious comic of both of our careers.”

“This is our brave, unrelenting portrait of a modern Hell,” said Zdarsky. “People will read it and ask themselves: ‘Did they relent?’ No, they did not. ‘Were they brave?’ Yeah, probably.”

The 5-issue series is set to debut later this year, as part of the comiXology Originals line of exclusive digital content, Afterlift will be available to read on release at no additional cost to members of comiXology Unlimited, Kindle Unlimited and Prime through Prime Reading, and for purchase on Kindle and comiXology, including a full color print edition exclusively on Amazon.com.