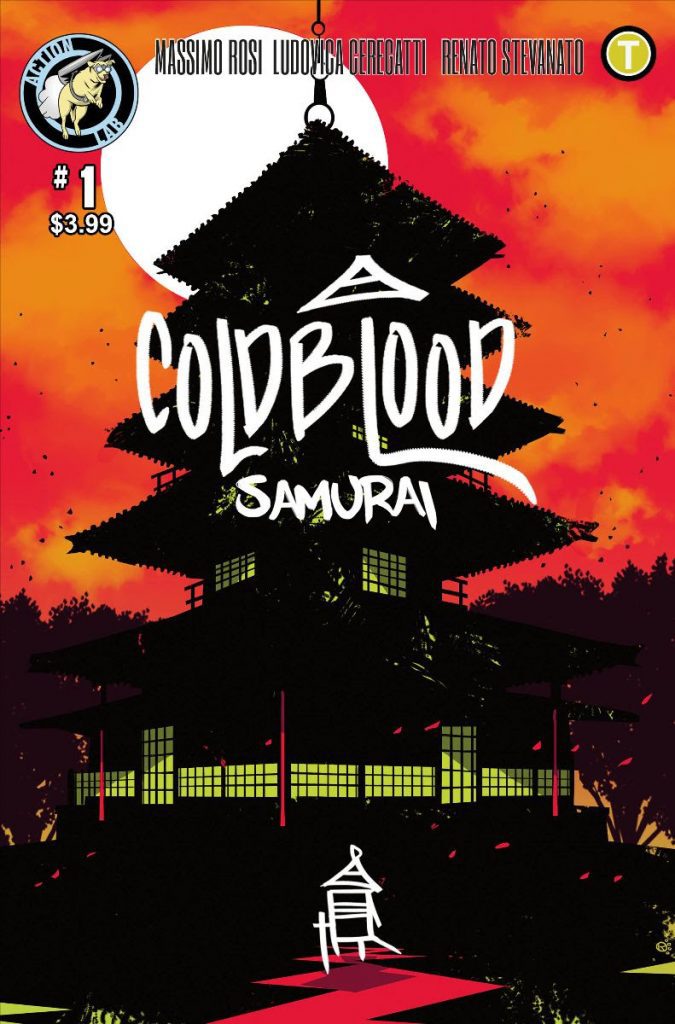 Cold Blood Samurai Volume 1: The life of a samurai, inspired by the works of Kurosawa and the anthropomorphic animals of Disney

Creator Massimo Rosi shares the story of COLD BLOOD SAMURAI with us this March! “Blood runs wild in feudal Japan, with the violence of the sword of Takeshi Kitano and the purity warrior’s soul that searches for a perfect death, which is difficult when trapped in a war that doesn’t concern him. The greatest living warrior is an anthropomorphic salamander, in a world where samurai frogs have been invaded by the crazy and colonizing lizards.”

Massimo continues, “Our samurai Salamander, heir to the great martial arts techniques, is searching for a noble death, but instead finds himself entangled in the war that rages between frogs and lizards, in the land of the Rising Sun.”

“This unusual mix of genres allows the reader to engage in something interesting, powerful, meditative, full of action and yet also full of zen calm moments,” Massimo says. “The main character is carried visually from his appearance as a salamander to the perfect conception of himself. COLD BLOOD SAMURAI is a story of growth and awareness in a world of feudal Japan, but with cartoon-style anthropomorphic animals.”

He shares that, “As I wrote COLD BLOOD SAMURAI I wanted to be moved by the story I was writing, to engage with it, and I succeeded in that, and all that I hope for is that everything I have learned along the way also breaks through to the reader’s heart, as it did mine.”

Preorder the first issue of COLD BLOOD SAMURAI with the Diamond item code JAN191432. It will be in a comic store near you in March 2019.