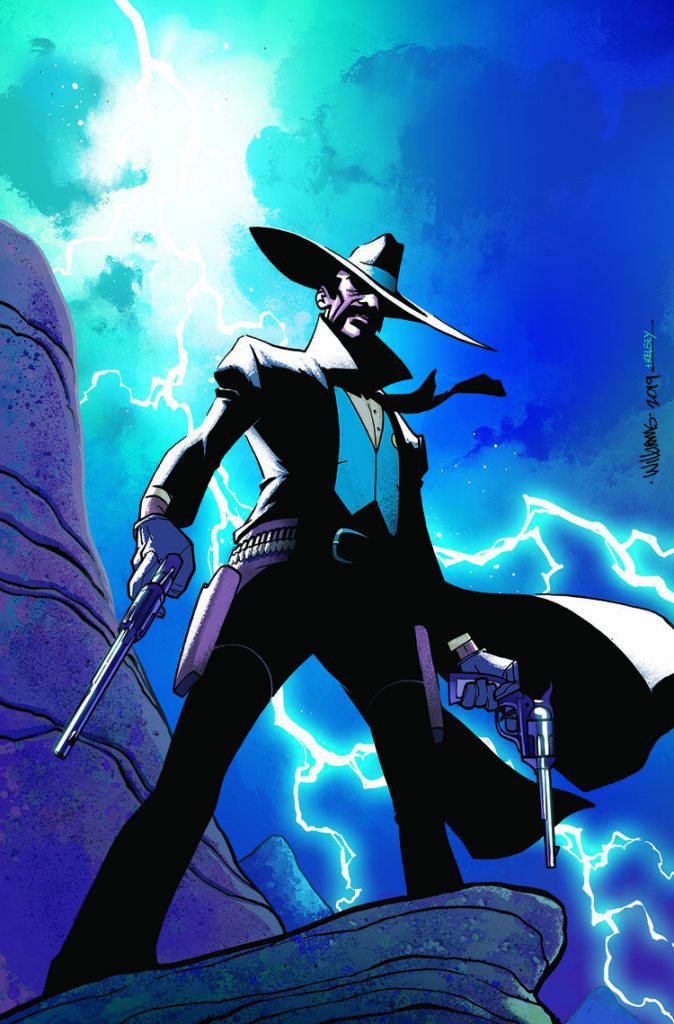 To be honest, before I read this comic, I had never heard of Bass Reeves. I am a little embarrassed to say that because I consider myself a bit of a history buff. After reading this comic, I looked him up, and I was shocked. He had an amazing career as a lawman in the 19th century. With over 3,000 arrests, the former slave became a legendary Marshall in a time when former slaves did not hold that type of position. Some even say that he was the true-life inspiration for the Lone Ranger. Bass Reeves was a hero in the 19th century and an inspiration for today.

Allegiance Arts has taken the legend of this extraordinary lawman and put it in an easily accessible format for more people to learn about this incredible historical figure. Not only can they tell a compelling and captivating story, but after reading his biography, they do not even need to embellish to make it more entertaining.

The first issue (numbered Season 1, Episode 1, like a television show) gives readers a look at the man, his family, and the legend that has already been spread about him. Called upon once more to protect the innocent and dispense justice, Bass Reeves begins a journey to bring law and order to the territory.

This was a fun read. I like how writer Kevin Greivoux has a band of criminals talk about him like he is a supernatural force, and then to have him appear makes the character look really cool, without the spandex or a cape. Sticking close to the source material, Greivoux is able to tell a story that will keep you reading and wanting to know what happens next. The art by David Williams is also amazing. He makes the man look like a superhero when he is taking on criminals, and he is able to soften him up when he is with his family. Greivoux and Williams create a great combination of storytelling and visuals.

Kevin Greivoux and David Williams prove that not all heroes need capes, some just need an iron will and a 6-shooter. Vastly entertaining. I am really looking forward to episode 2!