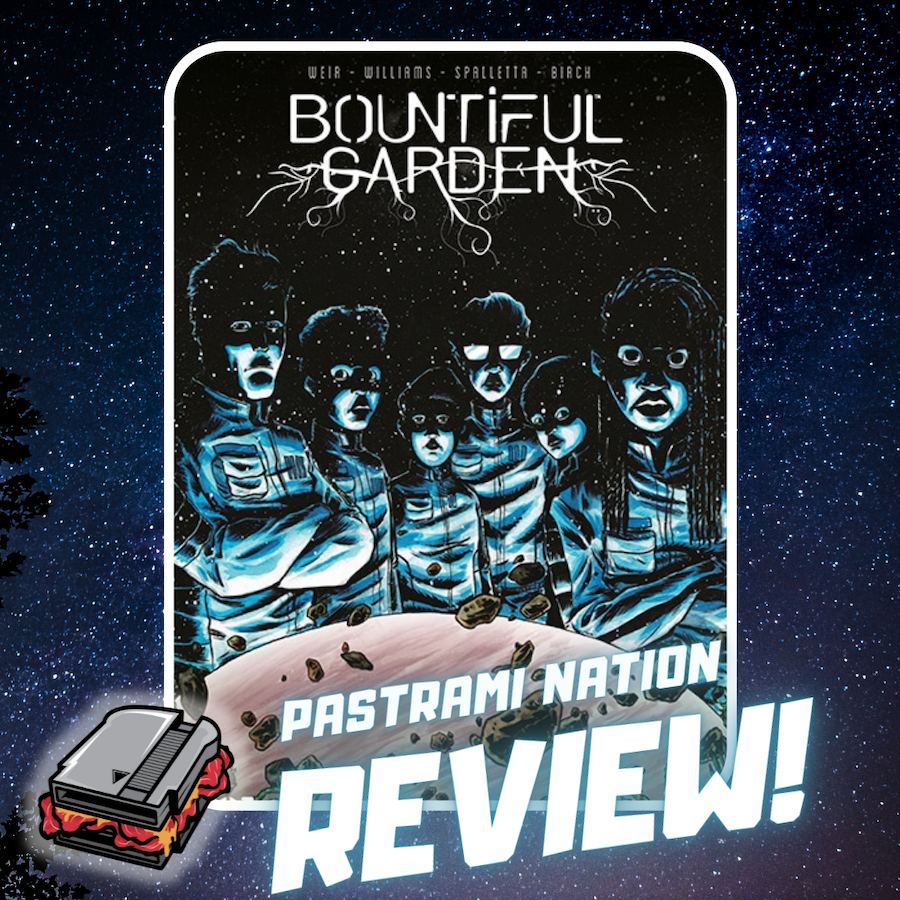 Being stranded in space has to be one of the most terrifying thoughts one could imagine. No way to call home, no idea what surrounds you or inhabits the strange planets you see. That’s what happens in Bountiful Garden #1, the latest book from Mad Cave, which hits stores this September.

From Ivy Noelle Weir, Kelly Williams, Giorgio Spalleta, Justin Birch, and Diana Bermudez, and edited by Steenz, this book thrusts you right into the mouth of fear. The book is centered around a group of brilliant teenagers sent on a mission to terraform a far-off planet in hopes of helping humanity survive. The thing is, they awaken from their cryo-sleep ten years early thanks to an attack on their ships. This sets the gang in a tailspin as they decide to explore an unknown planet in hopes of finding supplies to make their trip. But the planet they are on doesn’t technically exist- what horrors will they face in the name of survival?

This is an excellent introduction to a star-faring sci-fi tale with horror undertones. Can this group of teens not only survive space but the terrors that inhabit it? Can they even survive each other? Bountiful Garden is a beauty of a book, with the art team really delivering big time. The story is well-paced and leaves you wanting more and more by the time you reach the end. This is a book to watch; just read with one eye open.