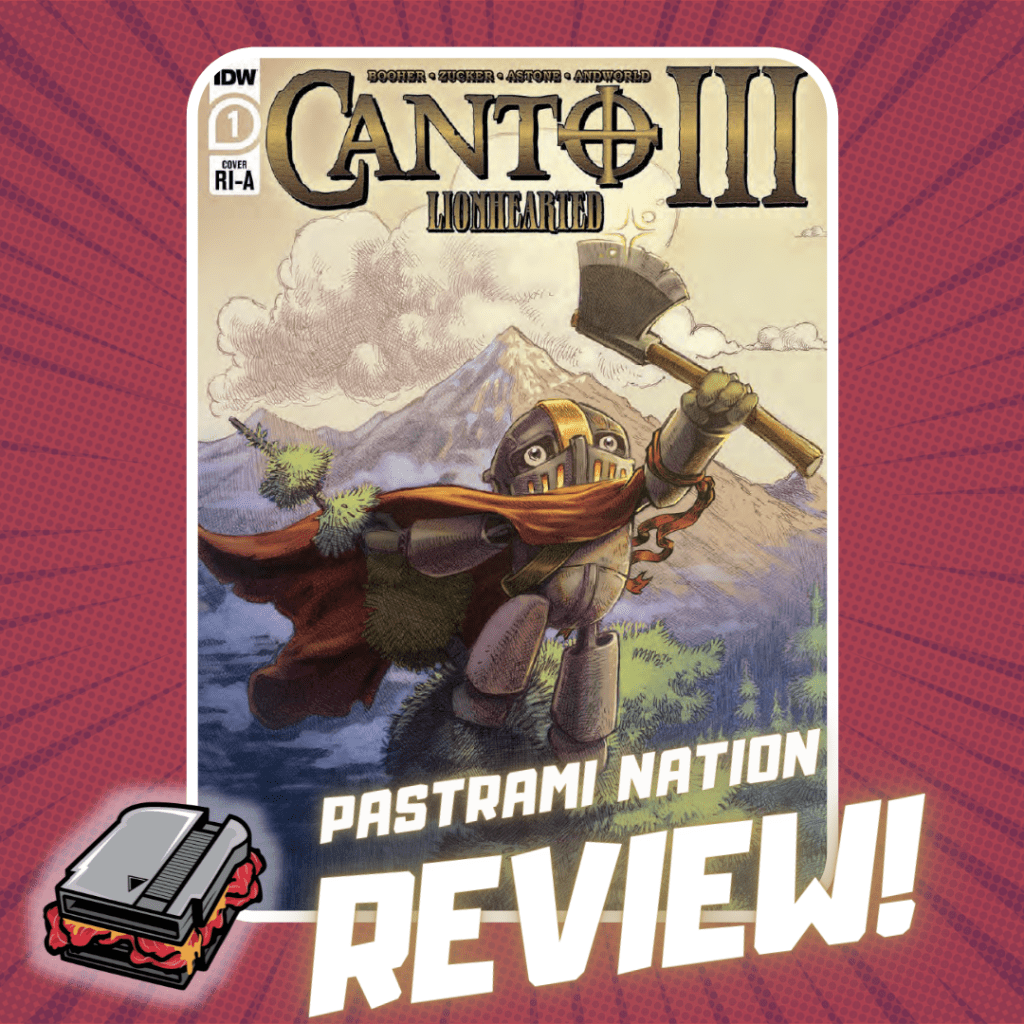 When Canto first hit shelves, I knew it was something special. The story of a clockwork slave knight without a name or heart was an instant hit for IDW, spawning a sequel series- The Hollow Men. But the story isn’t over yet, as a third part is here with Canto III: Lionhearted.

From David M. Booher and Drew Zucker, Canto is not the same little knight he was in the first series. Having lost the one that matters most to him, and now with the heart of the villainous Shrouded Man beating in his chest- Canto only has one goal- rid the world of the Shrouded Man and the pain he causes throughout the lands. Canto has what it takes to defeat him, but to defeat an army? He will need far more- even those that imprisoned him in the first series.

This issue is the perfect continuation, as we see Canto evolve series by series, page by page. Booher has crafted such a fantastic tale with such exciting and memorable characters. Zucker’s artwork is excellent as always, as he crafts this beautiful, fantastical world that has every right to become an animated film. Canto will, in my opinion, go down in history in the same breath as Jeff Smith’s Bone. It’s that good. This issue sets up what is bound to build to an ultimate showdown between good and evil, led by the little knight that could. Canto III: Lionhearted is the next chapter for the series, and like its predecessors- it’s all heart.

Rating. 4.5 Pastrami Nations out of 5