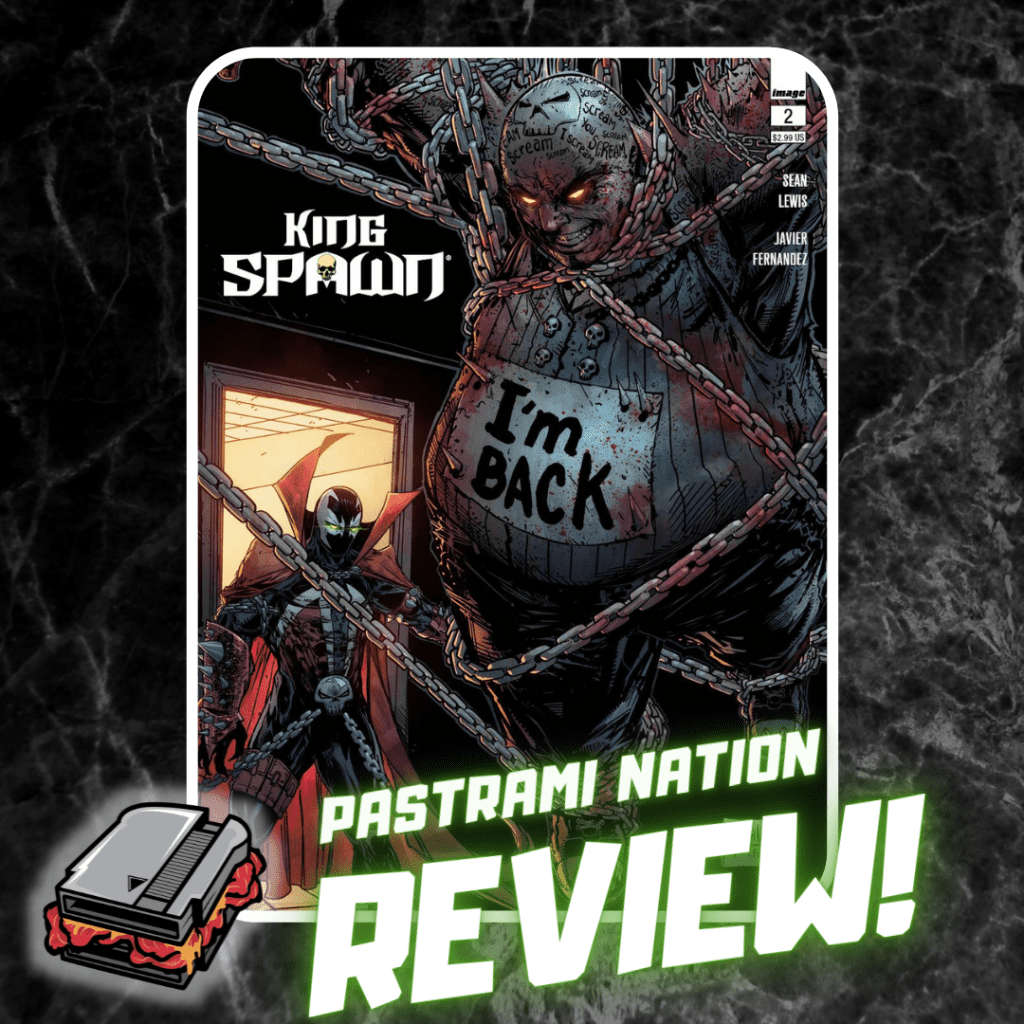 Welcome to the world of King Spawn, written by Sean Lewis with art by Javi Fernandez, colors by FCO Plascencia, and additional cover art by Todd McFarlane and Don Aguillo. With this team at the helm, it’s official. Kincaid is back (we first met Kincaid in Spawn #5, 1992), and he’s gathering an army of true believers who are convinced that killing children will take them down the path to God. We’ve also got an interesting surprise appearance by Terry Fitzgerald, Wanda’s second husband after Al Simmons’ death.

It’s clear by the second issue that Sean Lewis is bringing back some rich history from Spawn’s past and writing all-new chapters that will leave you wanting more. As Spawn realizes he needs to work closer with his team rather than keeping them at a distance, he is working against the clock to keep anyone else from dying unnecessarily. This is made difficult because Spawn doesn’t yet know who is pulling the strings, which keeps him frustrated by being two steps behind.

By the end of the book, we’re immediately left wanting to see what happens next when Spawn is faced with a test he didn’t know he was taking in which the outcome feeds directly into Kincaid’s plans.
Each page of the story is tied together beautifully with artwork that visualizes the story in a way that draws you in. Each page is beautifully detailed with rich colors and spectacular attention to detail.

I’m giving this a five out of five; I’m really enjoying the dives into Spawn’s past and true to form storytelling.