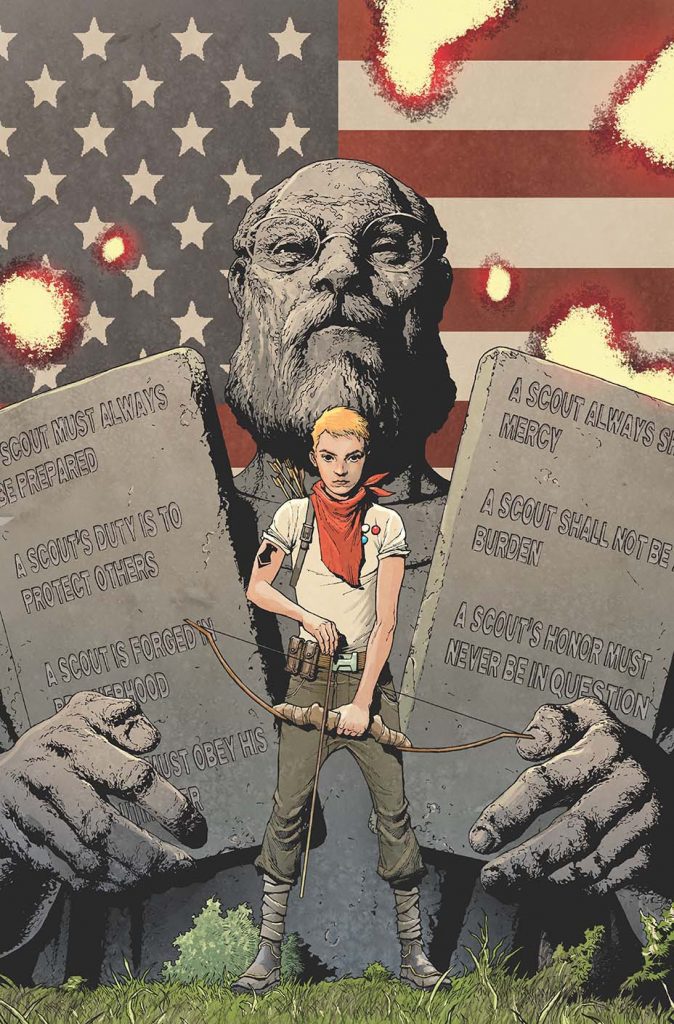 Imagine if the world ended, and what ended up being the world’s sacred and guiding text is a Ranger Scout manual. Ok, now stop imagining, as this is the premise to Scout’s Honor, a new series from AfterShock Comics.

From (w) David Pepose, (a) Luca Casalanguida, (c) Matt Milla, and (l) Carlos M. Mangual, the story follows our young protagonist Kit, a young Ranger Scout raised in the harshest of conditions. Kit also has a secret that threatens life as a Ranger Scout as well. But that’s not all- as Kit is sent on a mission and encounters the deadly Highwaymen. Kit also learns a secret of the very society that is now the reality in a far-flung, twisted future.

Pepose crafts a tale of danger and secrets as Kit navigates the world while guarding the personal secret. To see a world shaped by a Scouts manual is pretty crazy, especially when we see how deadly and feared the Ranger Scouts are. Casalanguida creates the backdrop perfectly, as we see the dingy, dangerous world that the Scouts operate in. The character designs look fantastic, and the fight scenes are top-notch, especially the run-in with the wildlife at the beginning of the book.

Scout’s Honor is a terrific start to this brand new series. I have been amazed by just about every book David Pepose has been a part of, and this one is no different. Scout’s Honor has a look and feel that sets it apart from everything else in a fantastic way.

I look forward to the next issue as we dive down the rabbit hole of this newly founded society.