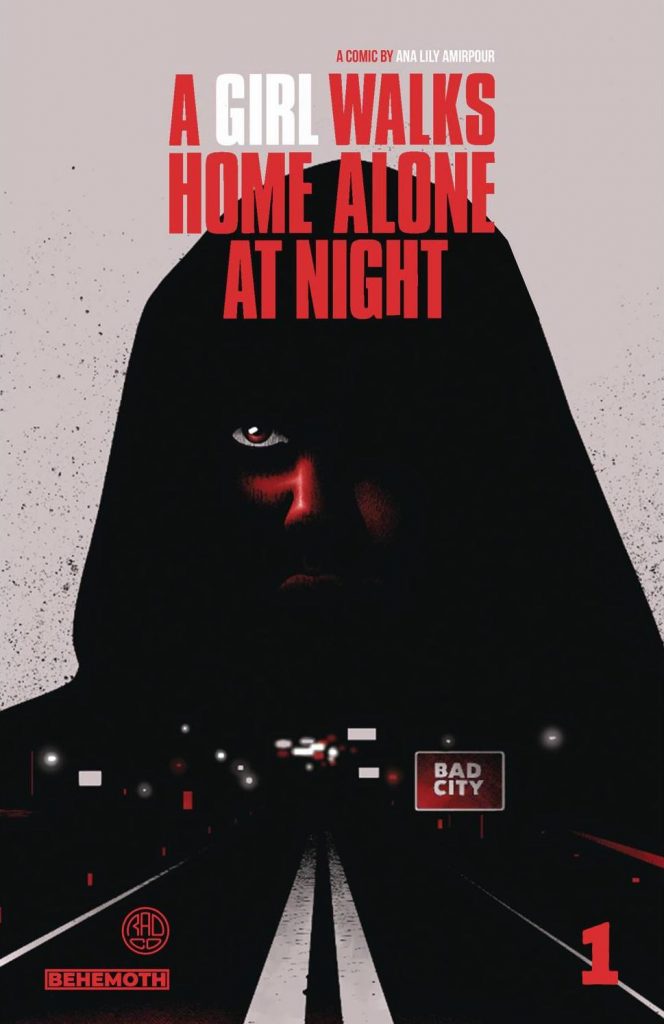 The cover and synopsis drew me in enough to place the first issue on my pull list. My first Behemoth Comics review, A Girl Walks Home Alone at Night has fear, mystery, and a new visage of death all in one.

From (w) Ana Lily Amirpour and (a) Michael DeWeese, this first issue is a fast read. The story is so cinematic; it all flows extremely well and keeps you wanting to flip to the next page. The book is written by the director of the film, which I didn’t even know existed, but it explains the fantastic fluidity in the storytelling. The story takes place in Bad City, an Iranian ghost town home to some of the most unsavory people alive. This is the home of the girl, a bloodthirsty vampire who is out to find and appreciate life but serve death to those that deserve it in her eyes.

This is only half of the story as it is a two-part book, but I will say that I am incredibly impressed with this first issue. The story told in black and white and on newsprint, feels like a throwback to horror stories of our yesteryear. DeWeese creates such stunning layouts and moments that you almost want to flinch as you continue reading. Who is the girl? Why does she do what she does? I am hoping we find out in the second issue.

A Girl Walks Home Alone at Night is frightening and riveting. Behemoth Comics has released a unique and very enthralling tale, one that led me to order the second issue. Be warned that there is plenty of gore and mature themes here, but with a book focused on an undead vampire, mature themes come with the territory. Horror fans, this is one of you!