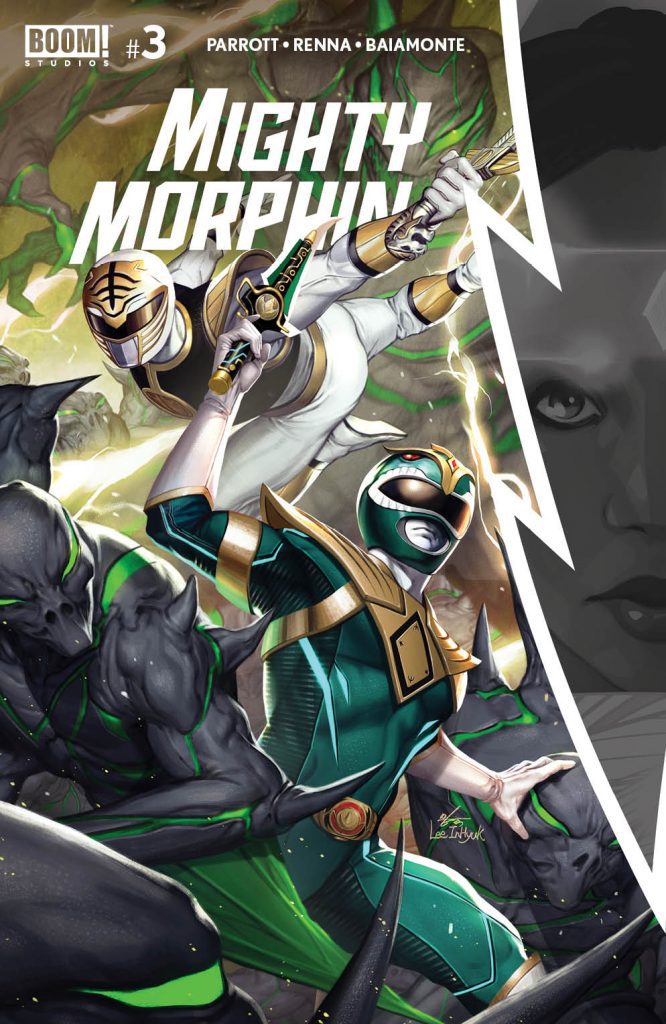 With over 20 years of shows and comics and multiple iterations of the team, it can be hard to know where to jump into the mythos of everyone’s favorite multi-colored fighting team. BOOM! Studios makes it easy by setting the story early in the team’s history. This is the team’s second iteration after the original Rangers Zach, Trini, and Jason leave the team. Tommy has been given the power of the White Tiger, and Lord Zed is terrorizing Angel Grove.

There, all caught up. Warning, spoilers below!

This original story set in that timeframe brings in a mysterious new Green Ranger. In this issue, we find out that Billy has snuck the green power coin to a friend who has used it to create a new Green Ranger. Billy knows who it is, but he is not saying. That is alright, though. In their current situation, they have bigger fish to fry, or at least Puddies to fry.

Zed has not only powered up his new Puddies, but he has given them the ability to turn the Rangers on each other. How will the team defeat Zed when they are busy fighting Adam (Avengers reference!)?

This is not Ryan Parrott’s first go-round with the Rangers, and it shows. He is telling a fun story set in a familiar time period. Add in the mystery of the Green Ranger, and Morphin fans are in for a wild ride for the next several issues.

I have not seen Marco Renna’s art before, but I am quickly becoming a fan! He creates action shots that look awesome and flow nicely. He also does a great job of illustrating familiar fan-favorite characters. He adds really entertaining visuals to this story.

Rating: FIVE Pastrami Nations out of FIVE. An easy to follow story that stays true to the mythos while remaining entertainingly original.