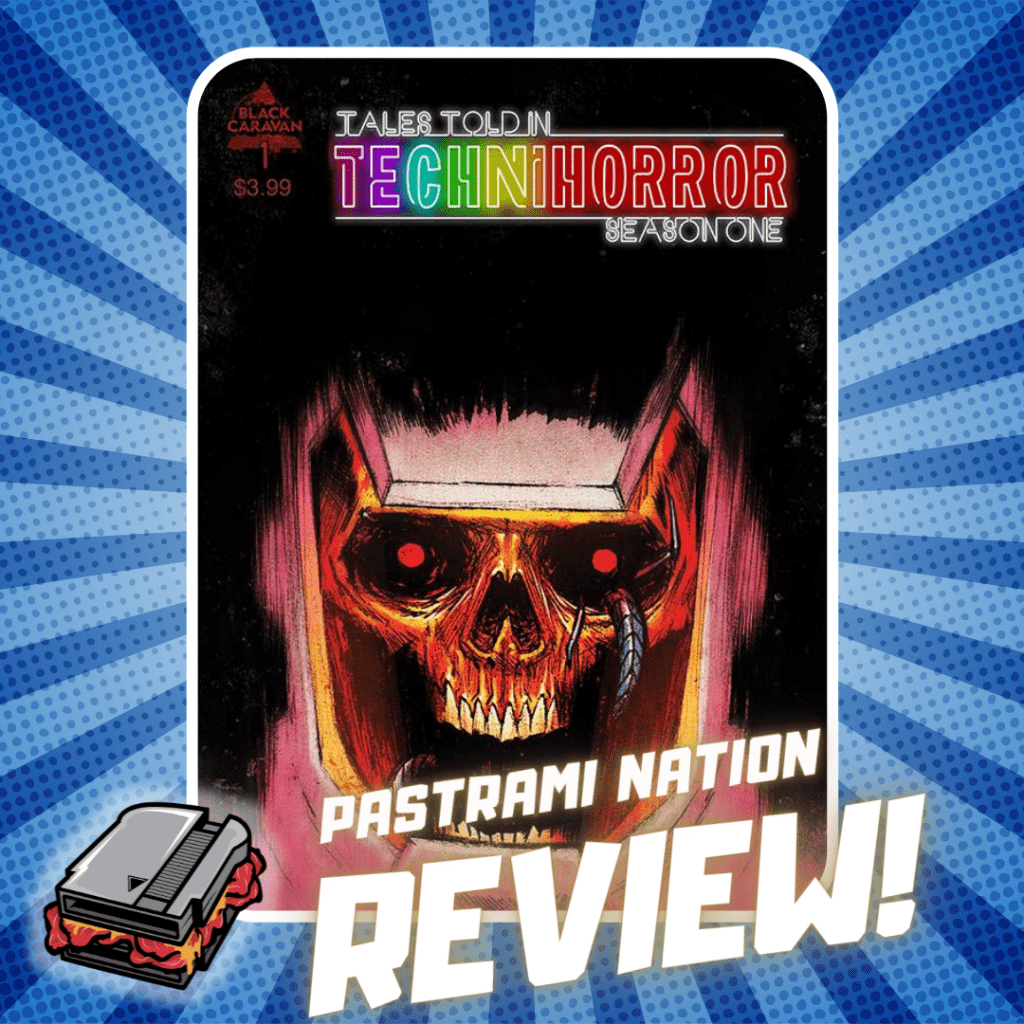 Who doesn’t like a good horror flick? Scout Comics and their Black Caravan imprint have created an anthology that reads and feels like a drive-in matinee- with a plethora of scary short films as your main attractions. So grab some popcorn and a Dr. Pepper; it’s time for Tales Told in Technihorror.

This is a well-executed, excellent idea from Kiyarn Taghan, Christian Dibari, Simon Gough, and Shawn French. First off is “In Cold Pursuit,” where an explorer is chased by a massive hybrid sea beast deep in the frigid ocean. Next is “Imposter Syndrome,” about a down on his luck man in space, stuck with parameter duty when everything changes as he sees the first sign of life on a strange planet. “Roots of Evil” is next, as a woman comes in contact with a strange tree that changes her down to her roots. With “One Thousand Teeth,” we get some massive gator action, and “Unsafe” has a thief come across hellish results.

This mature-rated, bloody romp of a book is fantastic. I love the movie poster ads that transition story to story. These small, episodic tales only have one thing in common: horror, and it all works so well. Tales Told in Technihorror is like the comic version of tales from the crypt- but way better and actually scary. Pick up season 1 while you can; I’ll be here waiting for season 2!