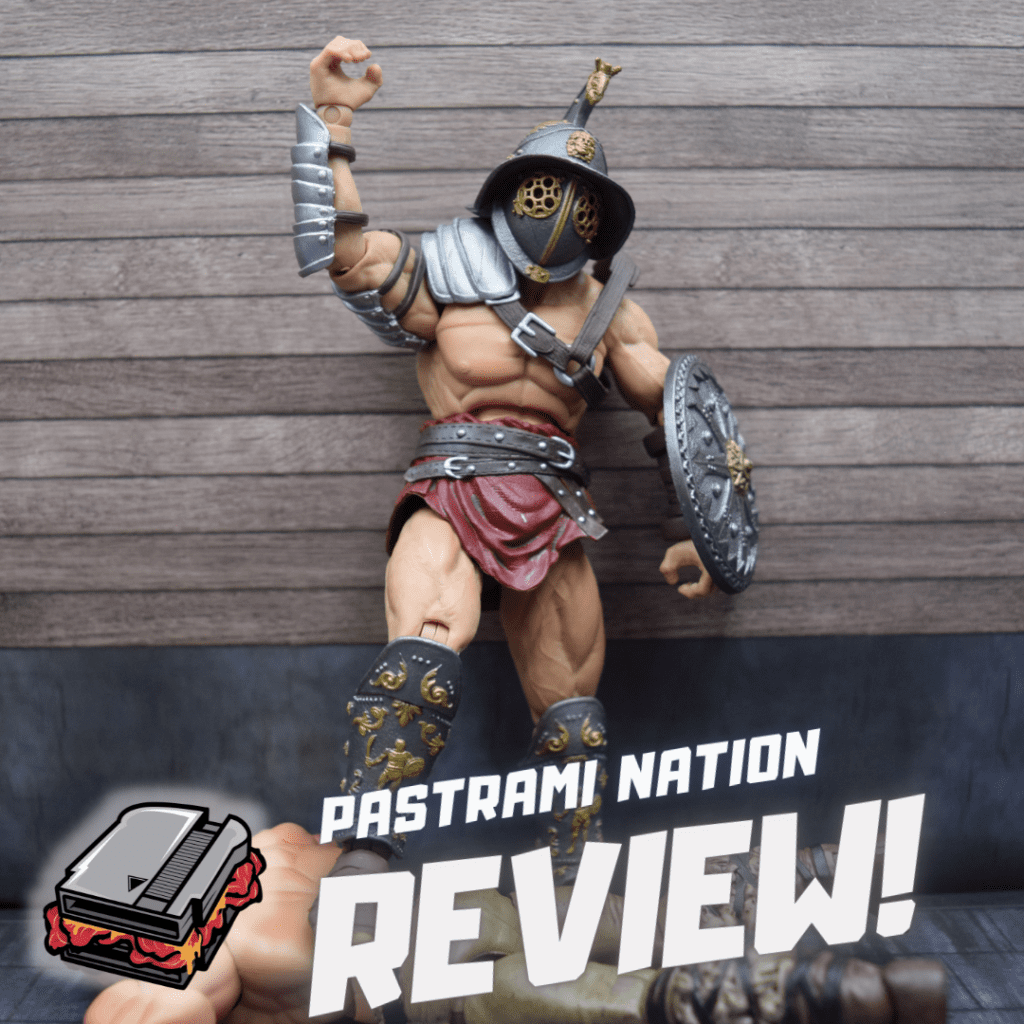 Good gladiator figures are hard to come by, but thanks to XesRay Studios, we now have a line dedicated to such fighters. Combatants Fight for Glory launched in 2020 with three figures- one being the center of attention for this review. Let’s jump into battle with Medocus, also known as Reaper.

The 7-inch scale figures are quite a surprise, given that XesRay Studios is a relatively new company. The figure comes with a helmet, shield, and two swords. This figure is quite impressive- boasting great articulation and paint apps, a good amount of accessories, and one of the coolest helmets a gladiator could come with. You will need to heat up the figure in hot water before working the various joints to reduce the risk of breakage. Speaking of breakage, the accessories are not as strong as the actual figure, so fair warning and be careful!

After heating up the figure and working the joints, I went to put a sword in one of the hands, which proved costly. The blade to the sword snapped right off as I tried to get the hilt into the hand. This is the main gripe I have with this figure- fragile weapons and small grips on the hands. It detracts from an otherwise fantastic figure.

XesRay Studios have created an incredible line with Combatants. With just a few minor hiccups, this figure is ready to stand toe to toe with your other 7 inch figures (and goes really well with Super7’s Conan line. Make sure to track this one down; it’s worth it.