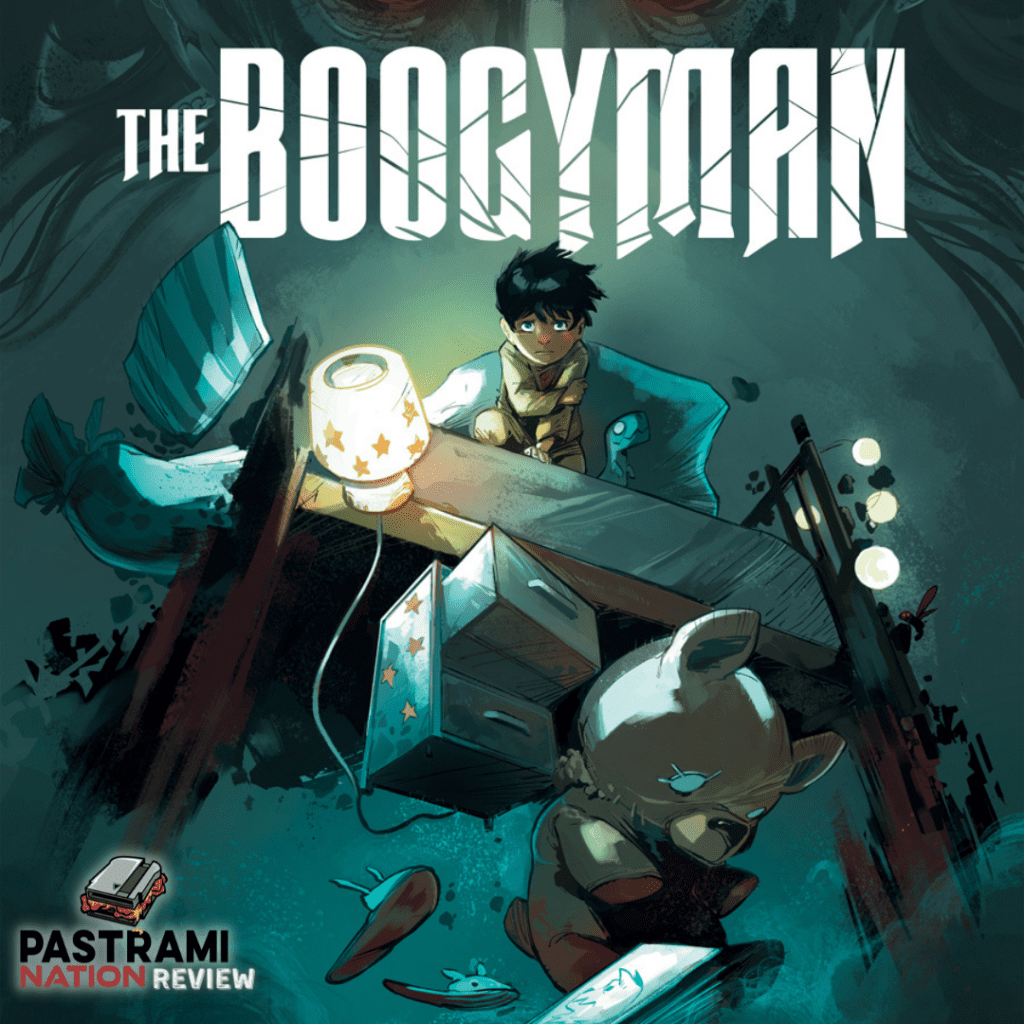 Tis’ the season for monsters and more- October brings forth the horror and haunts in every form of media. From movies and TV shows to action figures and more, every aspect of pop culture gets into the spirit of Halloween. With ABLAZE’s The Boogyman, we see it expertly done in the comic book form, delivering a tale of tragedy and the unexpected.

We see a story steeped in grim lore from Mathieu Salvia, Djet, and Nathan Kempf. Elliott is a little boy who witnessed something horrific, and we see glimpses of it in a flashback throughout the first issue. Fascinated with the stories of the Boogyman he found in his library books and seemingly having seen some paranormal happenings at his home, everything changes for Elliott when two strange visitors invade and come knocking. When it seems all is lost, the man known as The Boogyman appears, seemingly trying to save Elliott from certain doom.

This is a fascinating story that really does hook readers from the start. The Boogyman is something we have all heard of growing up, and the team here really did the legend justice. Djet’s artwork is striking and sends chills down your spine regarding the big reveals in this issue. I love the designs of the characters and monsters; they all have a fantastic unique vibe to them.

ABLAZE has a massive hit on their hands with The Boogyman. Perfectly timed for the Halloween season, this is the go-to book to read this month. We get a new entry into the lore of the Boogyman- I can’t wait to see what happens next.