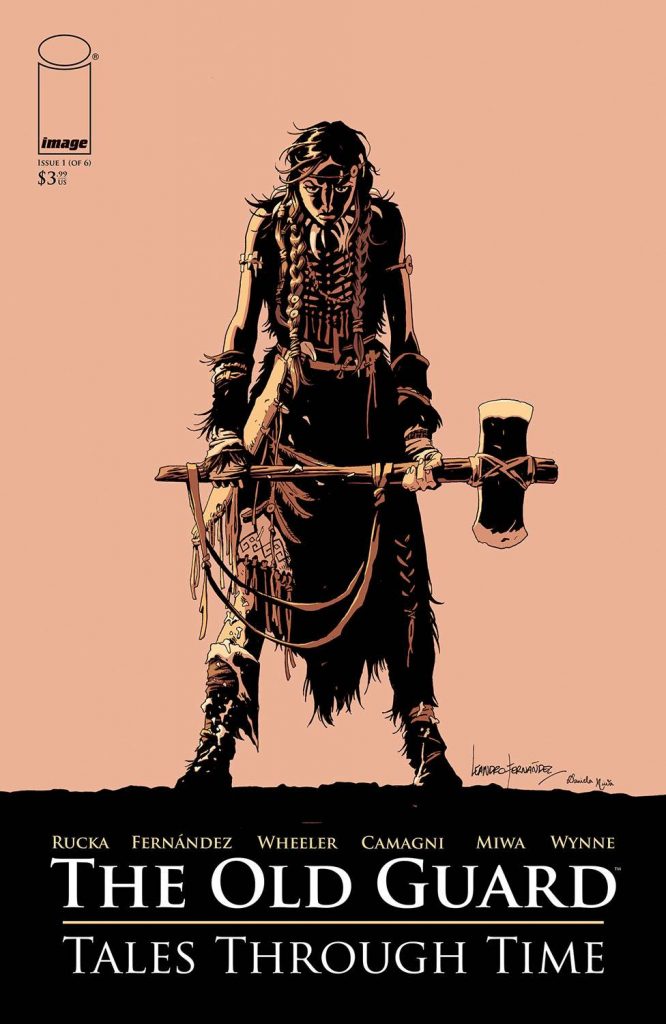 If you’re like me, you hadn’t heard of “The Old Guard” until they adapted it to a Netflix movie in 2020 (which, by the way, subsequent movie film “The Old Guard 2” has been greenlit). After seeing the movie, I dug into what I could find of the original four-part series released in 2017.

Written by Greg Rucka with artwork by Leandro Fernandez, this book covers two different periods in time where we are reminded that the past stays with us. The first of the two stories is that of an ax, passed down from Mother to Daughter, carried and maintained by an immortal. The memories she’s lost, the hints of people she’s known, and the ax that has been by her side since.

The second story, my favorite of the two, talks of two men in love who have been all over the world. In this story, they can’t remember entirely where they’ve been, but they remember the battles of times past. How much they’ve done and how they are always invariably drawn to danger. In an attempt to save someone from harm, they find that the people they have inspired along the way can do good as well and that in those people, they will always have a home.

If you like “The Old Guard,” then these stories will provide more context and depth to the characters that you didn’t know was there before.