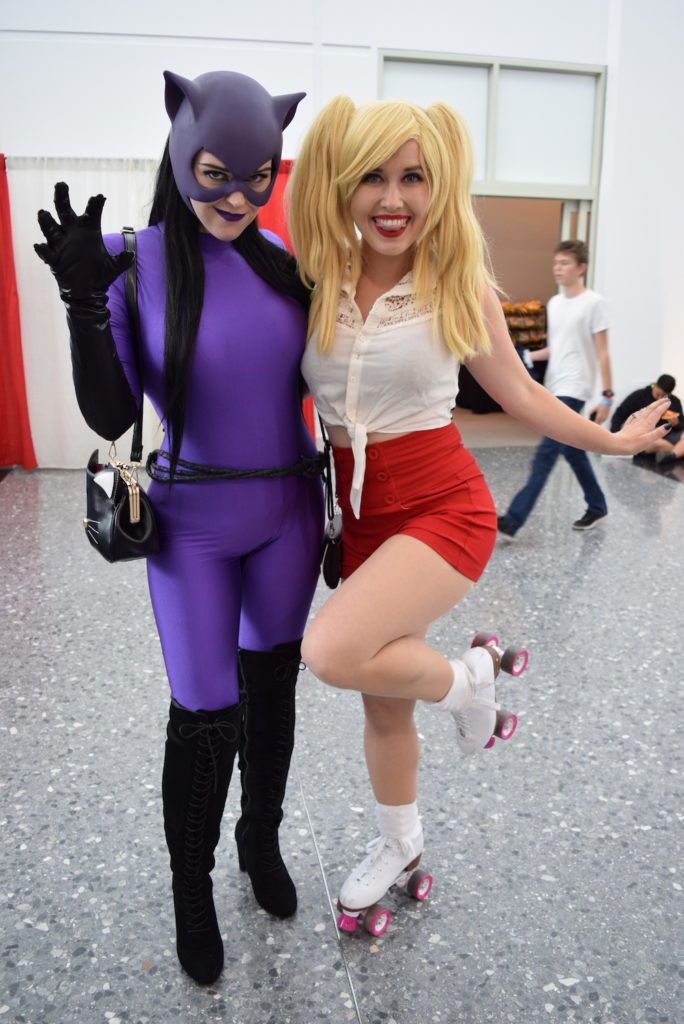 This past weekend, Comic Con Revolution Ontario once again invaded the Ontario Convention Center and had everyone from superheroes to celebrities knowing that the Inland Empire was the place to be for pop culture in May.

Expanding from one day to two for 2018, the convention made sure to expand on every part of the show. The convention exhibit hall was larger and had more of a variety of vendors. From comic book publishers like AfterShock Comics to well-known collectibles vendors like Ageless Geeks to creative t-shirt creators Tee No Evil, the convention had something for anyone looking for their own slice of pop culture greatness.

Among the attendees were residents from the High Desert, like Cesar Arango of Victorville, who cosplayed as everyone’s favorite wall-crawler, Spider-Man.

“The best moment was when I took a picture with these two little boys,” said Arango on his cosplayer experience at this year’s convention. “One was very excited to see me and started talking to me right away. The other was in shock and awe when he saw me. He was speechless. When I was talking to both of them he just couldn’t say anything to me because he was so surprised and nervous. When his words finally came out, all he said was “Hi Spider-Man” with the biggest smile on his face. Then I took a photo with them and both of the boys gave me a hug. The boy who was speechless gave me the biggest hug ever cause even though I may not be a real superhero. I felt that it didn’t matter because at that very moment I was his hero. This is why I am a cosplayer, to enjoy my time with other cosplayers and to make an impact in a kid’s life”.

The convention had a variety of celebrities, both on screen and in the world of comic books. The biggest line I witnessed was for legendary comic book creator Chris Claremont, who’s work on the X-Men still stands the test of time. The voice of Batman, Kevin Conroy, was also in attendance, which is a treat for any fans of the Dark Knight. Having voiced the iconic character in the groundbreaking series, Batman: The Animated Series, as well as in various video games and animated films, Conroy is a true icon in the pop culture world and was here in the Inland Empire thanks to Comic Con Revolution.

The convention also bestowed a new honor on one of comics greatest talents as Stan Sakai, the world-renowned artist and creator of Usagi Yojimbo, received the inaugural Joe Kubert Distinguished Storyteller Award. The award is designed to recognize outstanding comic book creators who exemplify both Joe Kubert’s artistic talent and his commitment to nurturing the comic book community.

“Comic Con Revolution Ontario 2018 does it again by knocking it out of the park,” said attendee and cosplayer Noble Morris of Victorville. “Everything from the A-list celebrities, to the indie artists, making their first big break as a vendor; this year’s convention did not disappoint me whatsoever.”

Comic Con Revolution Ontario was a massive hit with all I encountered. I felt it was a very well structured and thought out convention, filling a void for a comic convention in our geographic area. I can’t wait to see what the plans are for 2019, as I will be there, lined up once again among a sea of cosplayers and fans alike.