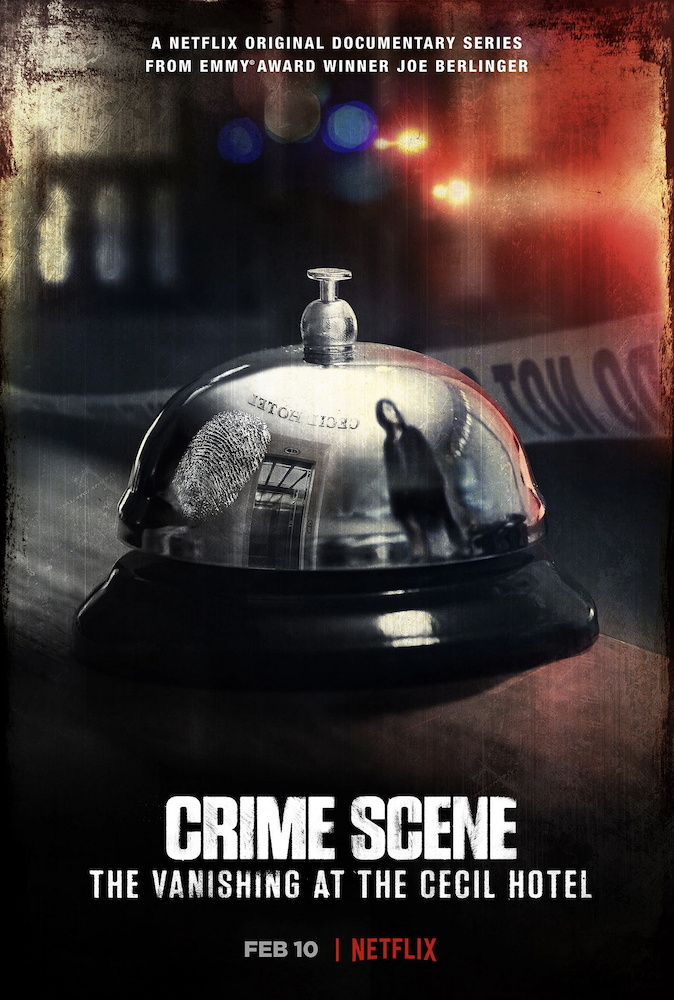 It is a case that has fascinated people all over the world. In 2013, twenty-two-year-old Elisa Lam, a Canadian college student, went missing while staying at The Cecil Hotel. Video of her acting erratically in an elevator just hours before her disappearance went viral, and it wasn’t long before the online world was captivated by her disappearance. Even offline, the story blew up, and everybody wanted to know what happened to her. Not long after the disappearance, her body was found in a water tank on the roof of the hotel, leading to speculation about what really happened to Elisa Lam, as well as a ton of conspiracy theories.

This is the basis of Crime Scene: The Vanishing at the Cecil Hotel on Netflix. In this four-part series, they examine the case of Lam through the lens of the hotel’s history. Situated in the Skid Row area of Downtown Los Angeles, the Cecil has a sordid past that involves drug use, prostitution, and plenty of death. Richard Ramirez, a.k.a. The Night Stalker, was known to frequent the hotel. Elizabeth Short, a.k.a. The Black Dahlia, was supposedly seen there right before her death. It is this history that makes some believe that the place is cursed and haunted by the spirits whose lives met an unfortunate end while staying there.

Through interviews with former staff, police officers, and internet sleuths, the history is intertwined with the facts of what happened to Lam. We get a wealth of theories that span everything from the fringe to simple explanations like cold-blooded murder and suicide. But the most important theories we get are based around mental health and how that can lead somebody to do the unthinkable.

While it is a true-crime documentary, it is much more than that. It’s a portrait of a young woman whose hopes and dreams were cut short by a horrible tragedy. It’s an exploration of mental health and how important it is to seek help if you need it. It is also about this digital age we live in where everybody thinks they know the answer, an extremely relevant theme that even existed in 2013. It weaves all of these together on a beautiful tapestry of intrigue, with each episode leading you closer to the truth.

Directed by documentary veteran Joe Berlinger and produced by Ron Howard and Brian Grazer, the film also looks at the world’s obsession with true crime. It is kind of ironic considering that Berlinger’s own films, specifically the Paradise Lost series, most likely sparked an interest in that world for so many people. I know it did for me, and it’s filmmakers like him that keep me coming back for more. He knows how to tell a story without leaning into a particular bias. Although there are some concrete answers in this series, it still leaves plenty to the imagination and lets you decide the truth for yourself.

The mystery of the infamous elevator video has grown into a modern-day urban legend, with many people not even knowing Lam’s name. It has grown bigger than the case itself, but as this documentary shows, there is an important human factor behind the myth, and we should always remember that. The whole series is available on Netflix now.