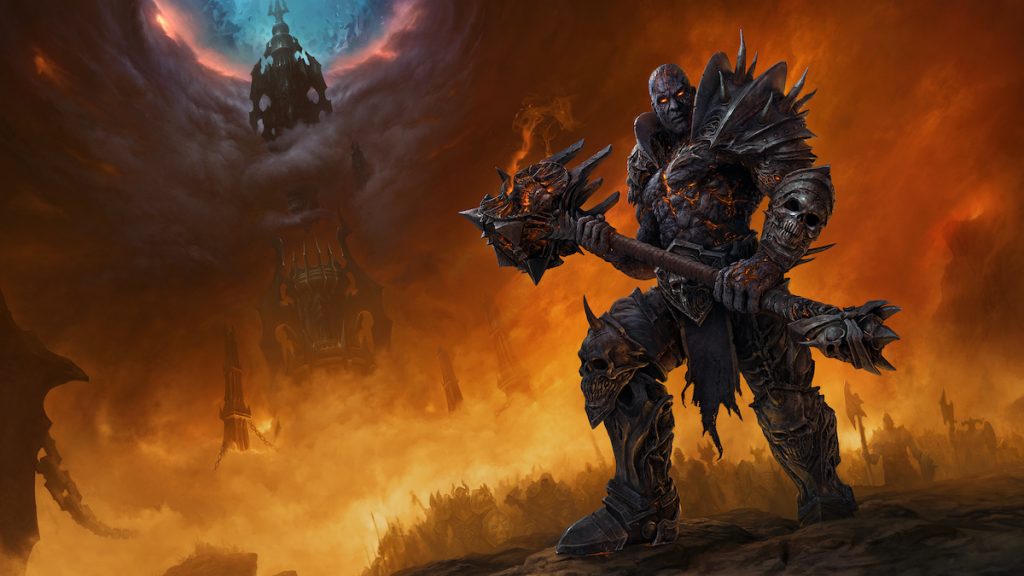 In the Shadowlands, the world beyond the mortal realm, Azeroth’s souls discover new purpose: to ascend, to atone, to be reborn, to wage everlasting war or suffer an eternity of torment. For the millions of World of Warcraft® players around the world, the journey to seize their own destiny in the afterlife begins today with the launch of Shadowlands, the eighth expansion for Blizzard Entertainment’s acclaimed massively multiplayer online role-playing game.

In World of Warcraft: Shadowlands, the heroes of the Horde and the Alliance will come face-to-face with the mysteries of death as they journey through the next world’s wondrous realms. Along the way, they’ll forge a fate-changing pact with one of the Shadowlands’ four ruling Covenants, drawing upon their otherworldly power to confront the forces of the Jailer, the malevolent entity who holds dominion over the hopeless depths of the Maw. Players’ resolve will be tested as they seek to reclaim lost souls from the Jailer’s watchful eye and venture into the labyrinthine corridors of Torghast, Tower of the Damned, where long-imprisoned horrors—and legendary rewards—await.

“Shadowlands takes WoW players to a part of the Warcraft universe they’ve never set foot in before, and gives them opportunities to shape their characters’ destinies in completely new ways,” said J. Allen Brack, president of Blizzard Entertainment. “Whether they’re exploring every facet of their chosen Covenant or creating their own legendary gear in the Tower of the Damned, we’re excited for players to discover the experiences waiting for them on the other side.”

Shadowlands’ launch follows a number of recent WoW® game updates designed to make it easier than ever for new and returning players to join in the fun. On the island of Exile’s Reach, new players will discover an all-new introductory adventure that teaches them what it takes to be a champion of Azeroth, including quests that showcase the abilities of their chosen class and a two-boss mini-dungeon that imparts the basics of group-based play. Once new players leave the island, they’ll be able to continue straight into the game’s most recent expansion, Battle for Azeroth®, where they can progress up to level 50 in preparation for entering the Shadowlands.

As with previous expansions, players who want one of their new or lower-level characters to be ready to cross death’s threshold immediately can use a Shadowlands­-level Character Boost, included with the Heroic and Epic Editions of the expansion or available as a standalone purchase (details below).

World of Warcraft: Shadowlands is loaded with content and features that give players whole-new ways to discover and shape their characters’ destinies:

Choose Your Path Into the Shadowlands

Players who wish to journey into the Shadowlands today can purchase the expansion for Windows and Mac PCs now at www.worldofwarcraft.com. World of Warcraft: Shadowlands is available in a range of editions to suit players’ interests, including:

For more information on World of Warcraft: Shadowlands, visit www.worldofwarcraft.com.