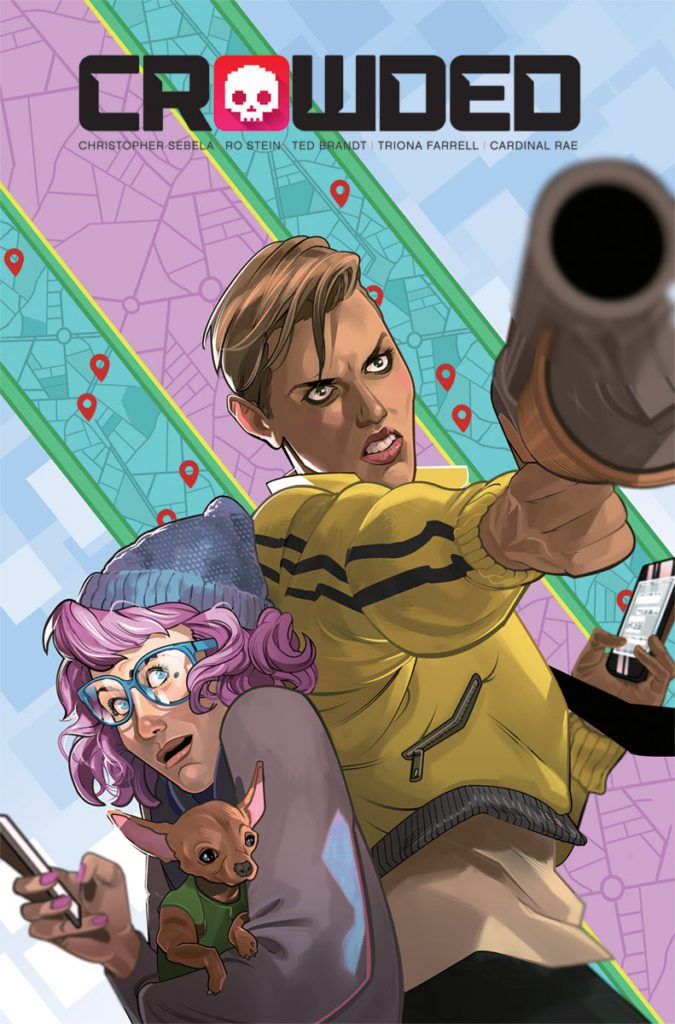 Ten minutes in the future, the world runs on an economy of job shares and apps, including Reapr: a crowdfunding platform to fund assassinations. Charlie Ellison leads a quiet, normal life until she’s suddenly targeted by a million-dollar Reapr campaign. Hunted by all of Los Angeles, Charlie hires Vita, the lowest-rated bodyguard on the Dfend app. As the campaign picks up speed, they’ll have to figure out who wants Charlie dead before the campaign’s 30 days—or their lives—are over.

“From the moment Chris first explained the premise I just KNEW we had to do this book. Reading the script was like falling down the stairs… but in a fun way!” said Stein.

Sebela added: “I’ve been wanting to do this book for a couple years now, but it took me this long to figure out a pair of characters I could fall in love with and follow through our messed up vision of the future. As dark and gloomy as it started out, Ro, Ted & Triona have turned it into a madcap adventure buddy comedy at the same time. Crowded is bloody, funny, cynical and hopeful and I can’t wait for people to get a look at it.”

CROWDED explores the seedy underbelly of today’s technology with the knowing implications of a Black Mirror episode and will have readers on the edge of their seat.

“Working on Crowded is the most fun I’ve had whilst awake,” said Brandt. “First page of the first script I knew I was in love with this book, and it’s only gotten stronger as the team has come together. It’s a wild thrill and I’m so excited to share it.”