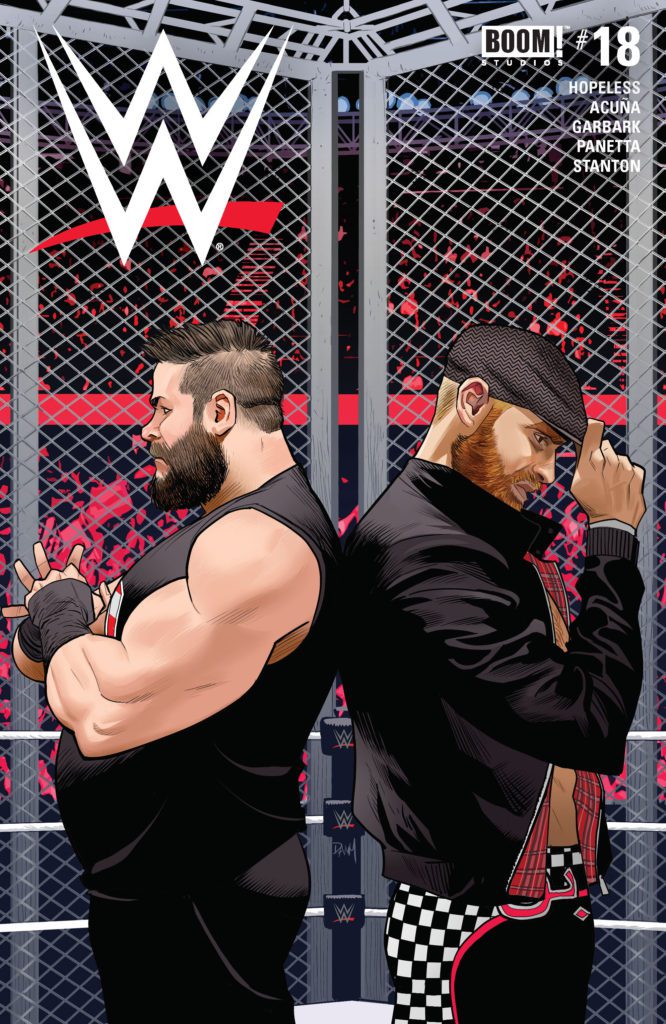 WWE Superstars Kevin Owens and Sami Zayn joined forces at WWE’s Hell in a Cell event after a lifelong rivalry – but how did Owens convince Zayn to put aside their differences and join his mission? The story of this alliance is told by the acclaimed WWE comic book creative team of writer Dennis Hopeless (Jean Grey) and artist Serg Acuña.

“The friendship – and rivalry – between Kevin Owens and Sami Zayn is one of the greatest stories in modern WWE history,” said Chris Rosa, Editor, BOOM! Studios. “When we saw there was an opportunity to go behind the scenes and show more of their story than fans have seen before, it was a no-brainer.”

Print copies of WWE #18 will be available for sale on June 20, 2018 at local comic book shops (use comicshoplocator.com to find the nearest one) or at the BOOM! Studios webstore. Digital copies can be purchased from content providers, including comiXology, iBooks, Google Play, and the BOOM! Studios app.

For continuing news on WWE and more from BOOM! Studios, stay tuned to www.boom-studios.com and follow @boomstudios on Twitter.