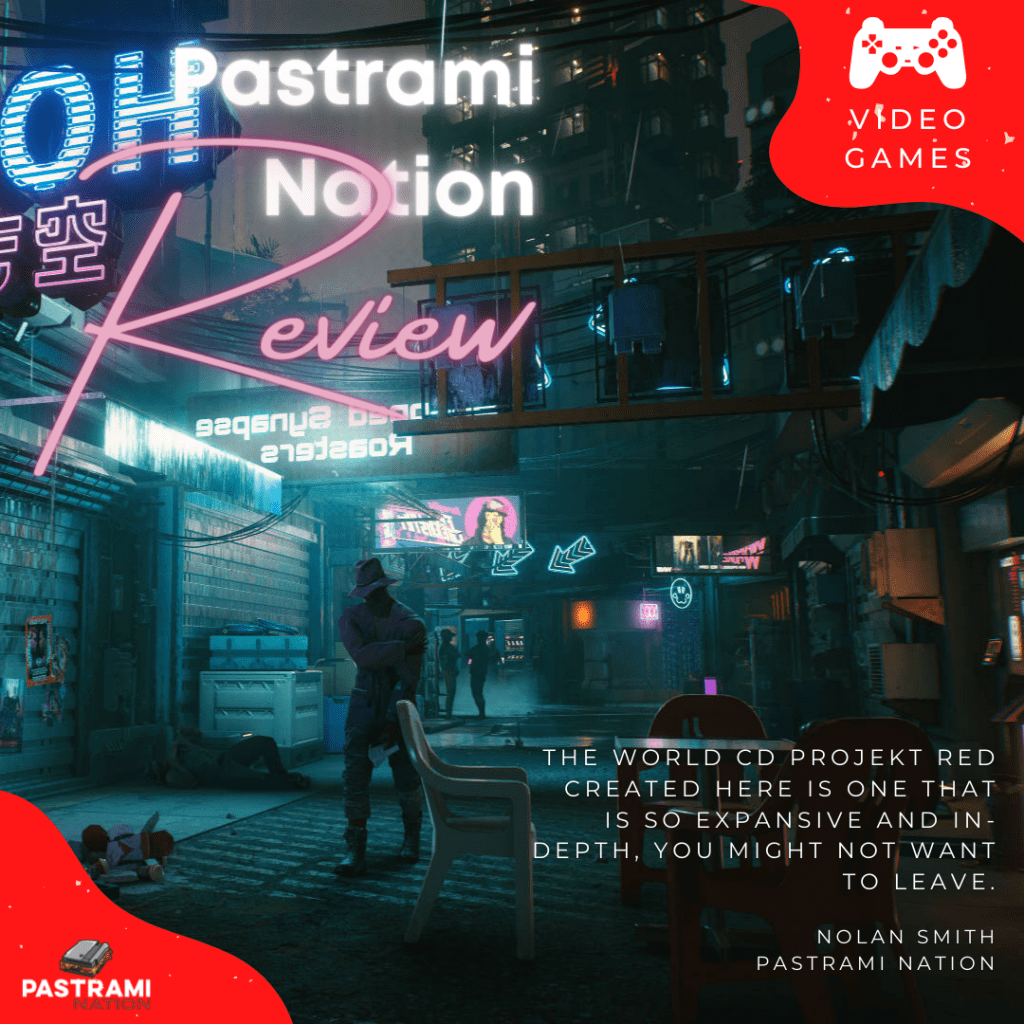 When Cyberpunk 2077 first launched on past gen consoles in 2020, it was met with an array of negativity. Glitches throughout the game made it almost unplayable. This was CD Projekt Red’s biggest launch since The Witcher and was highly anticipated, so it was a massive blow when the initial launch tanked. Gamers were beyond frustrated, and so was the publisher, who has released several patches to try and rectify the situation.

Fast forward to 2022, and the next-gen consoles now have a version designed for the power of the current generation systems. Featuring enhanced performance and graphics, Cyberpunk 2077 is the next-gen game we all hoped it would be when you play it on the newer consoles-so I will go ahead and say it: have no fear, this is the game we have been wanting.

For this review, I checked out the game on the PlayStation 5, and let me tell you, it is incredible. The action/RPG game puts you in the role of V, a character you customize right at the get-go, as you learn about the powers and controls through relevant mini-missions. You head into Night City armed and ready for whatever awaits you.

The megapolis of Night City is a sight to behold- it is absolutely stunning. What you do, where you go, and how you interact and react to characters is all in your hands. You customize your character’s skill set and strengths while searching for a one-of-a-kind implant that could change your life. The graphics are the best I have personally seen on the PS5 yet.

The controls are tight and well constructed, making it easy to jump in and start your adventure. Being an old-school fan of first-person shooters, I was at home with the controls. From running to driving and more, every control I encountered worked flawlessly.

The design work for not only the characters but for the environments you explore are awe-inspiring. So much went into every aspect of this game and how it is visually presented and it shows. The weapons, the backgrounds, the facial expressions- the world CD Projekt Red created here is one that is so expansive and in-depth, you might not want to leave.

The music and voice acting are top-notch as well, really bringing together all of the elements in the game and having it ring true to the epic nature the game emits. Everything works so well- you will find yourself getting lost in this open-world and having the time of your life. Cyberpunk 2077 may have faltered a bit when it kicked off in 2020, but it found its footing and is a shining example of what the current-gen systems can do. Addictive, imaginative, and encompassing, Cyberpunk 2077 is claiming its right as one of the year’s best games.