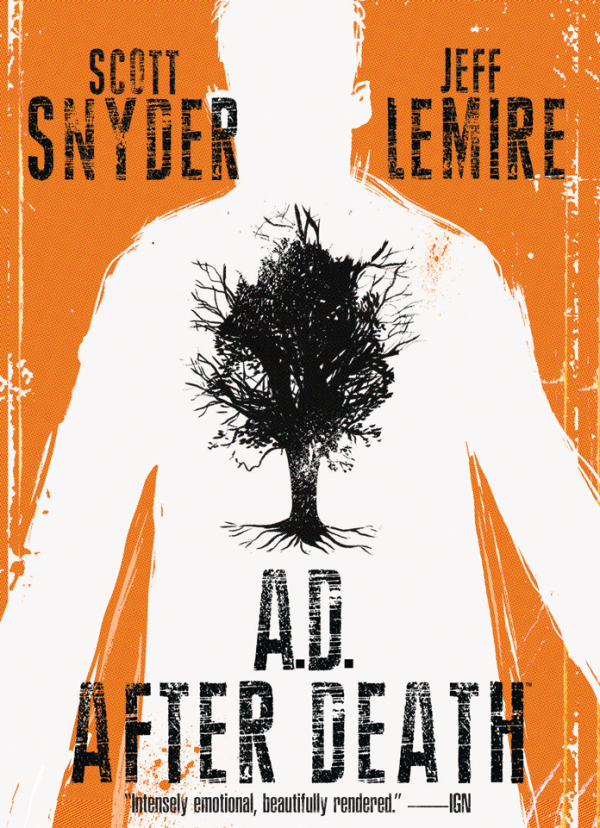 A.D.: After Death is unlike any comic book I have ever seen or read.

Take two names that are extremely well known in the world of comic books. Scott Snyder terrified with Wytches, and made the world fear the Dark Knight once again with his work on Batman. Jeff Lemire brought the world a new take on superheroes with Black Hammer and humanized a robot in Descender. Together, the two partnered together to create an existentially deep read with breathtaking art done in watercolors with this hardcover collection of A.D.: After Death from Image Comics.

Part prose, part graphic novel, A.D. is something special. The story explores how morality goes out the window when it comes to survival.  Also, it touches on humanity’s fears; the fear of getting older and the fear of death/dying.  This is something that all readers can relate to, and strikes an emotional cord like no other.

Beautiful and dark, and intimate, a must read with a storyline that will haunt me until the end to say the very least. Pick up A.D. After Death, now available as a beautiful hardcover collection, I highly recommend you give this a shot.