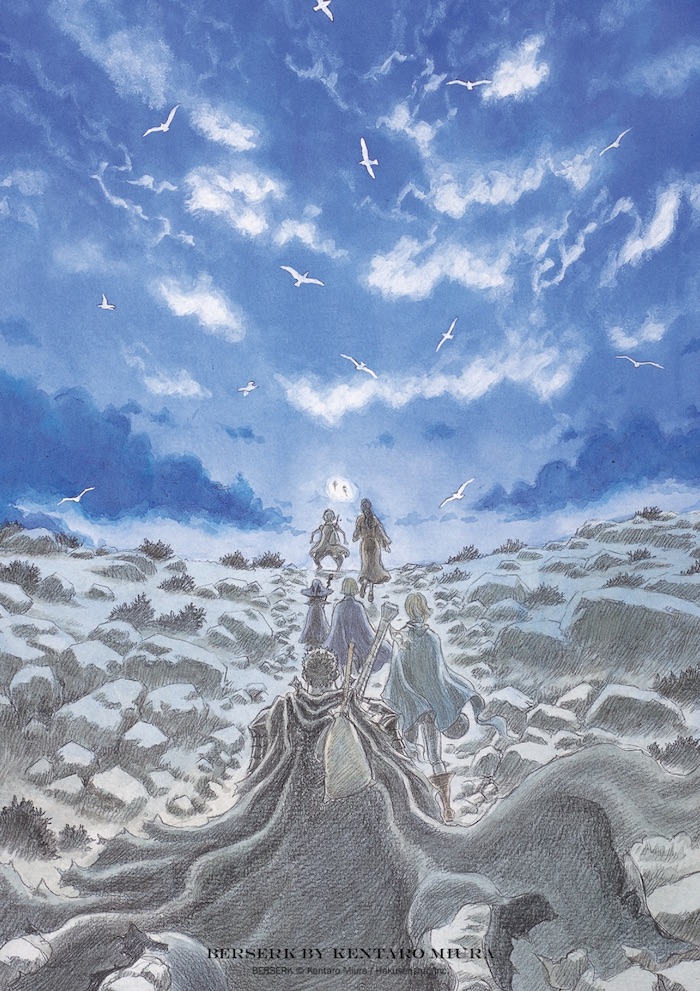 On May 6, 2021, Kentaro Miura passed away from acute aortic dissection. He was 54. Miura-sensei was a master artist and storyteller and we had the great privilege of publishing several of his finest works, including his masterpiece Berserk. He will be missed by all who knew his work and all who loved him. Below are a few tributes from members of the Dark Horse team.

“Dark Horse Comics is deeply saddened by the news of Kentaro Miura’s passing. The impact of his work cannot be overstated. Miura-sensei has inspired countless others to pursue their passions in art and storytelling and he will be greatly missed. His masterpiece, Berserk, is one of the greatest stories we’ve had the honor of publishing. It has been our utmost privilege to have worked with him. Our thoughts are with his family and loved ones.”- Dark Horse Comics Founder and President, Mike Richardson

“The news of the death of Kentaro Miura has been devastating. It has been my honor to have edited the Dark Horse editions of Berserk, and I have been consistently amazed at the imagination, depth of character, and audacious energy of the series, an ever-evolving epic that rivals any adult fantasy work from any medium. Miura-sensei poured his heart into Berserk for over thirty years, crafting more than eight thousand pages of extraordinary storytelling. Those of us who have been touched by his work humbly raise our swords to the passing of a giant.”- Chris Warner, Editor of Berserk and more

“Kentaro Miura created the first chapter of Berserk in Japan in 1989, when Dark Horse Comics itself was only three years old. When we received the privilege of publishing it, we were aware that it was already a modern classic respected and admired by fans throughout the world, and we can’t hope to equal in our own words the sincerity, the passion, the sense of connection the fans have expressed for Miura-sensei’s work, for which we are also grateful, and also beyond words.

I went to open a copy of Berserk just now, and I pictured for a moment that every page was blank, to remind myself that’s how each one of Berserk’s thousands upon thousands of pages began. It was a writer and artist named Kentaro Miura who thought, who chose, who worked to fill those pages with an epic of boldness, elegance, horror, adventure, love, redemption, perseverance, friendship, humor—an epic of contradictions: beautiful, grotesque, whimsical, cosmic.

I spoke of passion, and Miura-sensei, a human being whom we have lost, put the full passions of human life and imagination (and perhaps for humans, our lives and our imaginations are ultimately the same thing) into Berserk. These he expressed with a craft for graphic storytelling he began with great skill and continued with still greater skill. In doing so, by the millions he touched lives, inspired lives—put life into people, sometimes when we truly needed it. You who are his fans knew that already; some of Miura-sensei’s life is in you now. You are already carrying the story forward.”- Carl Horn, Editor