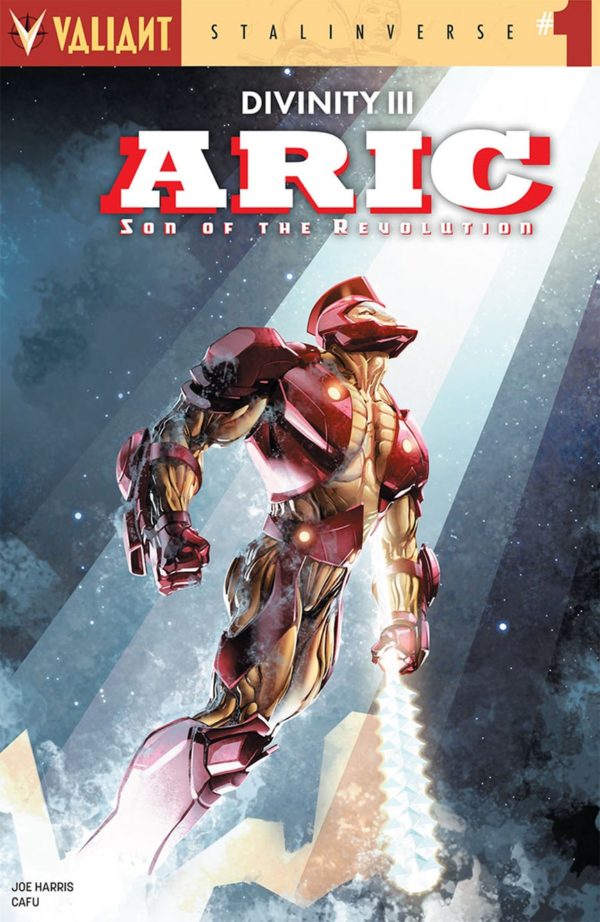 Valiant Entertainment’s Divinity III: Stalinverse has dropped the universe on its head. With the Soviet Union now the major super power of the world, heroes are not what they seemed to be, especially when looking at the front man to the entire Valiant Universe, X-O Manowar. With Aric, Son of the Revolution, we see how the time displaced Visigoth warrior became aligned with Mother Russia.

Written by Joe Harris (X-Files) with art by Cafu (Ninjak, X-O Manowar), the story takes us back to when Aric first landed back on Earth, and how it is a very different Earth than readers are used to. We see the armored soldier pledge his allegiance to Russia, as well as take the fight to the Deadside. I love the tweaks to the character design for X-O, as he still looks like himself and not a knock off of Iron Man, being red and gold like the armored Avenger. We also get a back up story to one of the members of Russia’s superteam- this time being Kostiy the Deathless. Such a grim and unique origin, it was great to see how this deadly member of the Stalinverse came to be.

I have loved every book associated with the Stalinverse so far; Aric is no different. Though slower than the Bloodshot one off we got, this issue still serves a purpose and shows how the ultimate weapon became loyal to the red cause. Harris and Cafu create a memorable entry into the Stalinverse, as we march on to see who stands a chance against the soviet superpower.