Does He Still Got It? Big Van Vader Wants Another WWE Run 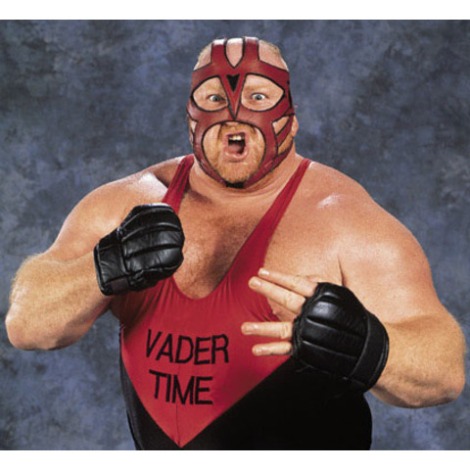 As those words boomed throughout the arena this past Monday night on WWE Raw, fans were in a frenzy to see the Mastodon himself, Big Van Vader. A menace throughout his runs in WCW, WWE and all over Japan, this was it, the return of a man who embodies the word “dominant”. Fans were chanting “you still got it”, but does he really? Check it out for yourself.

Though expected from someone who hasn’t been on a rigorous WWE event schedule, Vader has indeed put on a few pounds. Always known as a big man, it was easy to see the excess weight and how it tired him out quick in the match. Yes, his trademark Vader Bomb was spot on, but you could tell that this is a man who has given his life to wrestling, and the body can only take so much. After this week’s match against jobber extraordinaire Heath Slater, the internet was buzzing that Vader wants another run in the WWE, but is that really a good idea? I say yes and no.

First, yes, because the large, dominant heel figure is something you can never have too many of in the WWE. With Mark Henry out on an injury, that leaves the Big Show, Kane, and a less than impressive Tensai. It is a great time to bring the man from the Rocky Mountains back, as you can see from the rise in the ratings during his match.

Yet, I say no because of the shape he is in. Yes, I heard that he lost 60 pounds, which is amazing, my hats off to him. But right now, in his current state, he wouldn’t be able to compete on the level he is needed to. Now, if he were to lose some more then give it a shot, I say go for it. I give a no mainly for not wanting to see another superstar fall under the confine of his own body.

What do you think? Yay or Nay on another run at the WWE for the man they call Vader? Leave a comment and let us know!

2 thoughts on “Does He Still Got It? Big Van Vader Wants Another WWE Run”