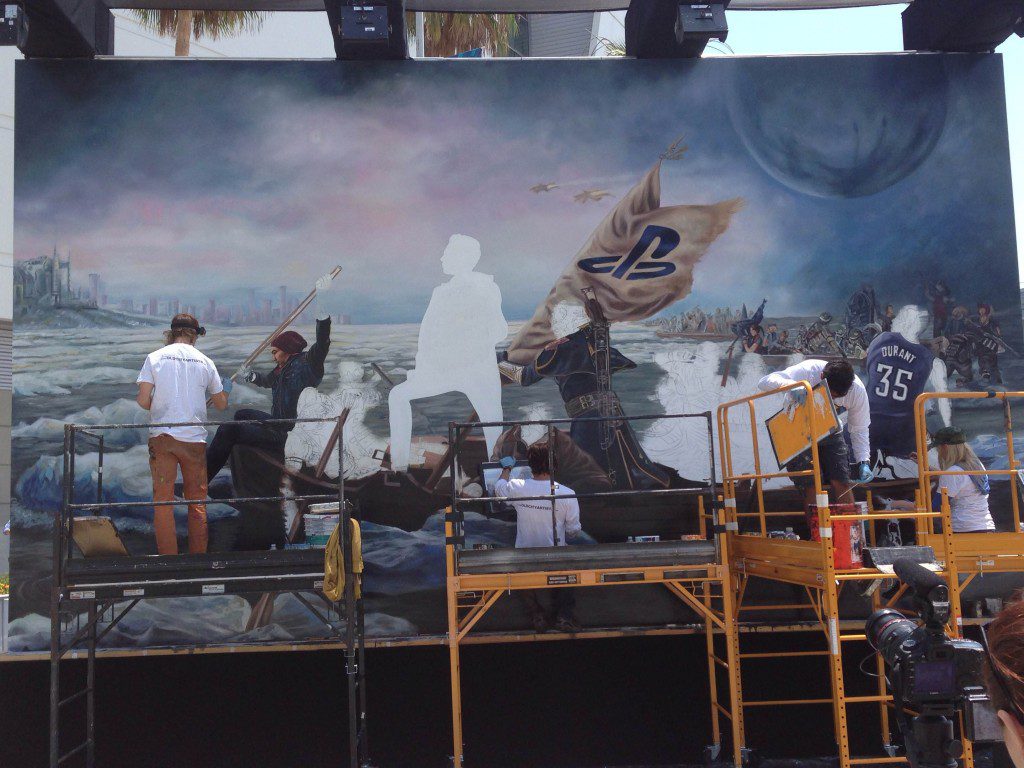 Day one was sensory overload, as every year is! The convention floor was a buzz from the plethora of titles shown. All the major and minor studios were on hand, with the elaborate booths that we have all come to know from E3. Which studio took the crown? That has yet to be determined as the expo is just getting started!

The reveal of Nintendo’s newest Legend of Zelda game left the show in awe, as did Nintendo’s long awaited fighter, Super Smash Bros. for the Wii U. Microsoft showed off their line up, including the Halo Master Chief Edition for the X-Box One, that includes Halo 1-4, all on the X-Box One. Of course, being a fighting game fanatic meant I was watching Killer Instinct, as season 2 characters were hinted at, and one was actually playable at the Microsoft booth: that character being the boxer, TJ Combo.

Sony came out with their guns loaded, as Uncharted 4 was announced, Battlefield Hardline was shown, as a beta is already up for the PlayStation 4. The Order: 1886 was fleshed out more, showing the problems with werewolves, which is a great problem for gamers. The create a world smash hit, Little Big Planet, is making a return as well, as it is slated for PS4 to the delight of gamers everywhere.

Check out some pics from the convention floor and look for more from E3 right here on Pastrami Nation!!!