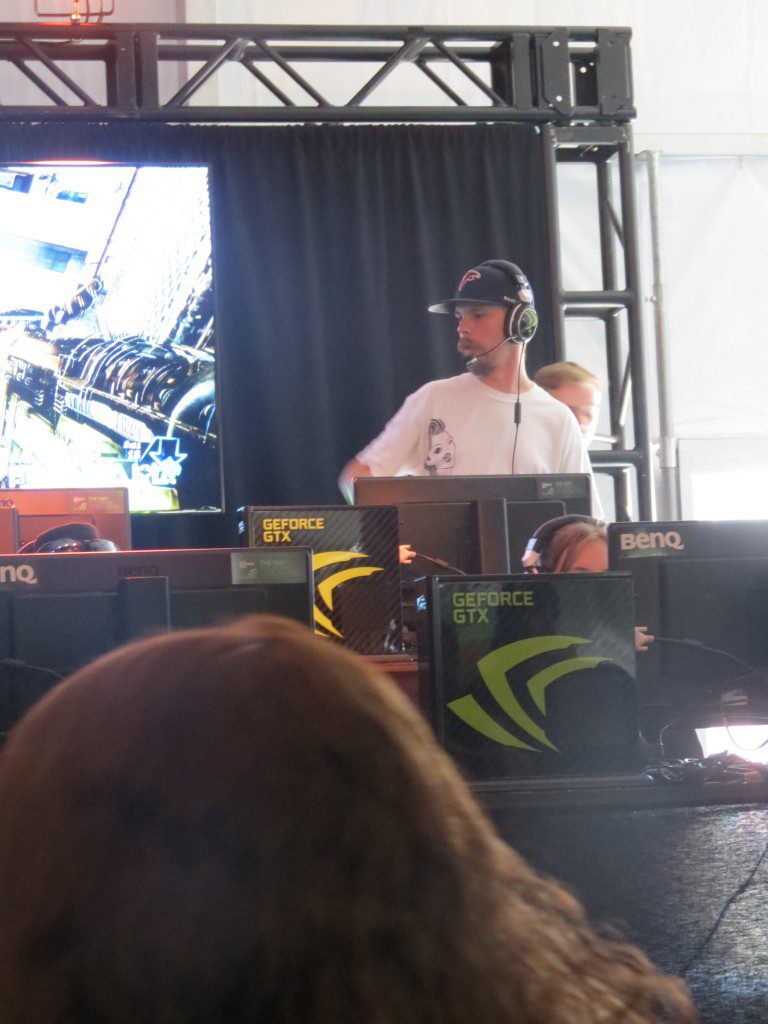 E3 is upon us once again! Today, Pastrami Nation was able to attend the E3 Titanfall Nvidia game expo that kicked off today, which was right across from E3! This event was aimed at showcasing one of the hottest games out right now, Titanfall. Also in attendance today was Turtle Beach, Nvidia, Respawn, Origin and Alienware to name a few. Lets get started!

First we were greeted by this monstrous Titan (Betty)

They did a very nice job with their set up. I was pleasantly surprised. We were given wristbands which granted our entry as well and free food and beverages for the day. Red Bull was at the event and it was unlimited all you could possibly drink. Lets just say by the time we went home I was ready to leave my car in Los Angeles and run home!

Next up we had a Titanfall tournament. Now, Respawn was not showcasing anything new for Titanfall today other than the Expedition DLC pack that consists the 3 new maps. It was a 6v6 tournament. 5 of us “regular” people and one “pro” on each team. I was extremely disappointed to learn that these “pros” were not experienced Titanfall players at all. Actually they had never played Titanfall at all until….ummmm TODAY! They were actually a pro Counter Strike and pro Battlefield players with just about zero Titanfall experiences. Now do not get me wrong it was extremely fun to play with a crowd yelling and cheering making me feel like an arena gladiator!

All in all it was a great day and a great event! Thank you to Nvidia , Respawn and everyone else that brought us this event!