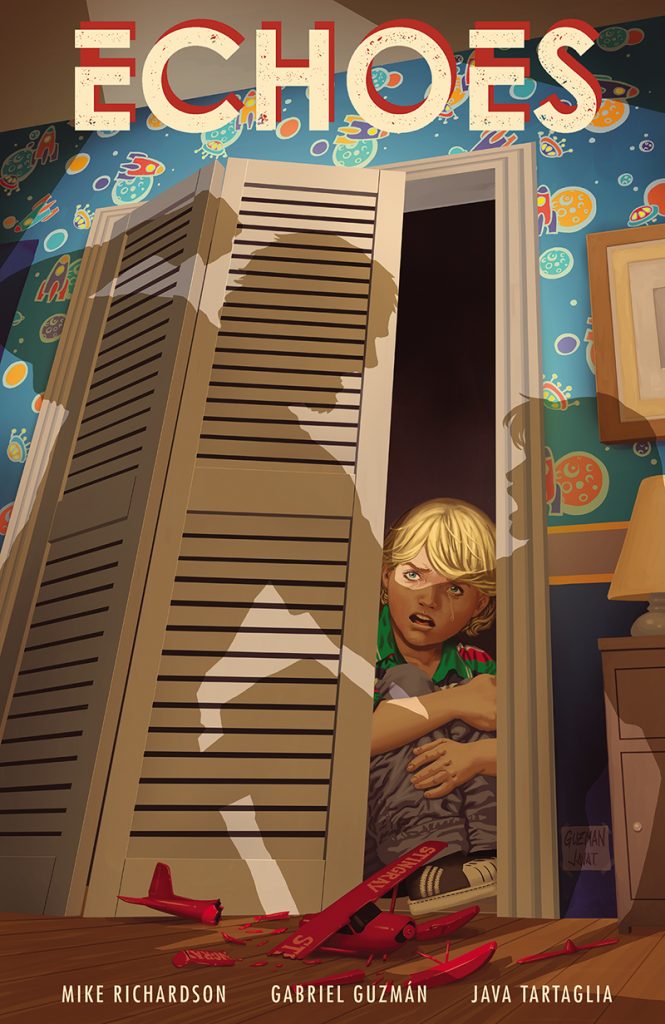 Echoes Review: If I Could Turn Back Time 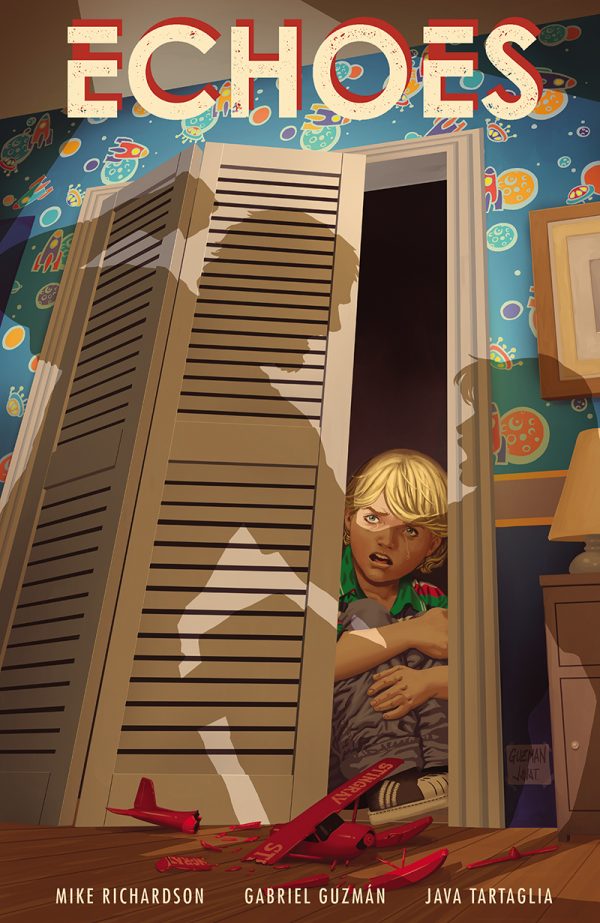 Mike Richardson and Gabriel Guzman Ask “what would you do?” in Echoes

Dark Horse Comics Echoes has an Outer Limits/Twilight Zone vibe to it, which, when you think of it, is a great vibe to have. We are first introduced to our main character, Freddy, as we watch how one tragic event and abuse molds his life into one of selfishness and greed.  Then, a cataclysmic lightening bolt strikes his plane sending him back in time to 1986, to when he was six.  We watch as he is able to duck the FBI chasing him for having money and an ID with incorrect dates on them.  He assumes another identity to find his younger self, miles away in another town, where he faces the decision to leave things as they are, or to interfere with events causing himself to fade away.

The story kept me on the edge of my seat wondering which he would choose.  And leaves you asking, “What would you choose?” Time travel is something that has existed not only in pop culture forever, but in the minds and thoughts of pretty much everyone. To be given that chance to change the past, “what would you do?” is a question we have all pondered.

Very well written.  Mike Richardson does an amazing job with the pace of the story and keeps the reader engaged throughout the story. The father of Dark Horse Comics is a legend in the world of independent comics, and Echoes will be another hallmark on his spectacular record. The artwork, by Gabriel Guzman (Star Wars- Dark Times) and Java Tartaglia, is wonderfully done and is charming with great details from the 80‘s.

All in all a great book, I recommend checking out Echoes!