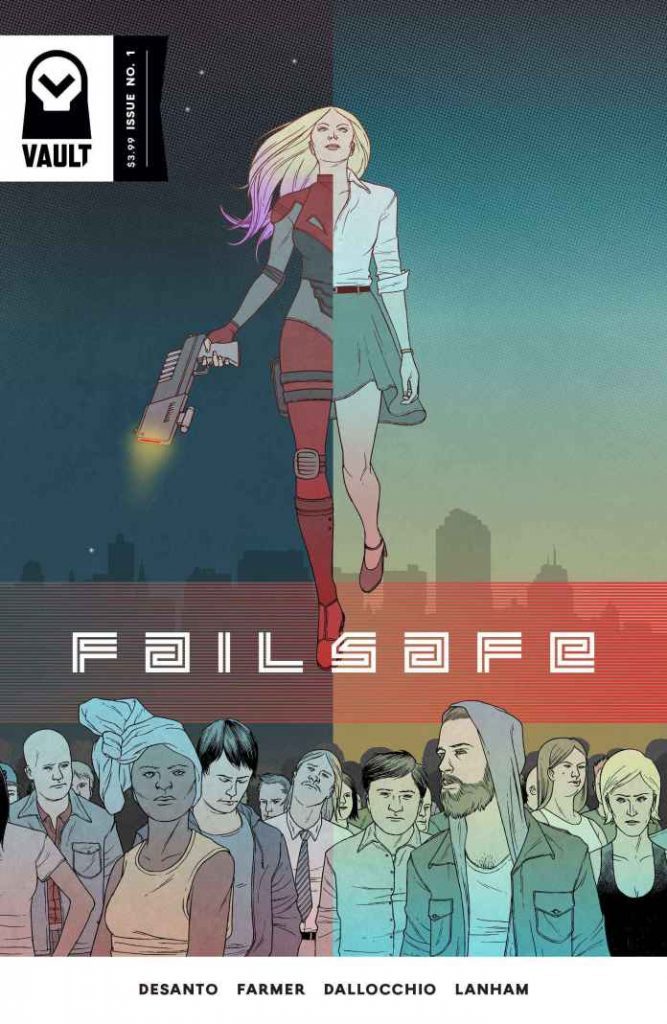 I have never had an opportunity to dive into a comic book from Vault. Their titles have always looked intriguing, well-executed and with some top-notch creators, but with so many comics published every week, it is hard to keep up with every publisher. With Failsafe, I checked out a whole arc from the publisher, and I was very impressed.

Failsafe follows John Ravane, who ends a nanotech super soldier program by following orders and executing the last survivor, and this happens very early in the book. But was it the end of the haywire Insurgence Program? Not a chance. Ten years later, the President is assassinated by a nanotech super soldier as sleeper cells start popping up out of nowhere. Literally, sleeper agents are activating in unknowing men, women, and children, which is when the government brings Ravane back into the loop. But he doesn’t come willingly, as the steal his adopted daughter as an incentive to bring the war horse back. But who’s behind these new super soldiers? What part does the government play? And why is Ravane’s adopted daughter important to all of this?

In a book that has a sci-fi/Terminator vibe to it, Failsafe feels like a modern-day version of the aforementioned Terminator, but with a better premise. Created by F.J. DeSanto, Federico Dallocchio, and Todd Farmer, DeSanto and Farmer pull writing duties while Dallocchio pulls triple duty as penciler, inker, and colorist, with letters by Travis Lanham. The art here is dark and gritty, with a hint of Jae Lee’s style to it, which is a great thing, especially with the subject matter of the book. The story flows nicely, some parts got a little slow, but when it picks up, it picks up big time.

It was already announced that Failsafe has been picked up by Netflix for a motion picture starring Michael B. Jordan, so now is the perfect time to get in on the ground floor of Failsafe. Thrilling, shocking, with some major twists that can give readers whiplash, Failsafe hits its mark and then some. I highly recommend picking up this collection.