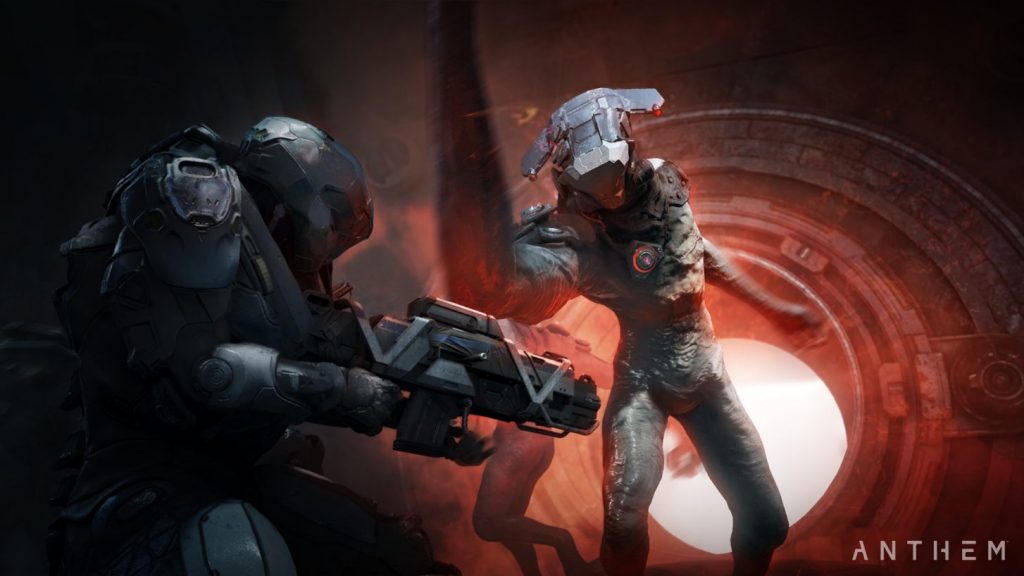 Let’s be honest, we all wish we could fly around in one of Iron Man’s suits. Zipping around the sky, blasting enemies with hand cannons and missiles. Anthem is that dream come true. When the demo works, it very works well. Flying around a massive, beautiful world was a rush, and blowing things up felt just as great as I imagined it would.  Unfortunately, it didn’t work most of the time. Loading screens were unbelievably long, and would usually never finish, forcing you to restart the game entirely. Constant crashes, enemies just disappearing, and some of the worst lag I’ve ever experienced.

EA apologized for the server issues, stating that they planned on turning more on soon. I’m sorry, but it’s time to pull out the ol’ soapbox and go on a rant because this excuse needs to stop. It’s 2019 people, I could understand this explanation when online games were first getting started, but how is this still catching developers off guard? They had a very good expectation of how many players had pre-ordered their game, and how many free codes would’ve been shared because of it. This excuse just boils down to poor planning on their part, and it doesn’t start to shine a good light on their skills, or their product because of it. If they can’t even handle a demo, how can we expect they will do with the full launch?

Soapbox put away, let’s talk about how the game held up when it was working. Before players fly off, they are introduced to the player hub. You walk around in first person view, interacting with various objects and people, 90% of which have nothing to say or offer in the demo. It looks to be a fully fleshed out town by the time full launch comes around, and based off the few interactions we did get, I imagine it to be a very entertaining world. It was very reminiscent of Horizon: Zero Dawn. Perhaps not as primitive, but the direction it’s going felt very similar. With mission details provided, It was then time to customize your death machine.

Everyone starts in the Ranger type Javelin, a good machine with balanced attributes. The demo only allowed for a minor amount of visual customization options. You could unlock a few new parts to change up the way your Javelin looked, as well as give it a quick paint job. As you take on missions, you will unlock new weapons, and once you level up, you can unlock a new type of Javelin of your choice. There is the Colossus Javelin, a massive beast of a machine resembling the Hulkbuster. It’s slow but powerful! The tank class, with skills like taunting enemies, or defending with a massive shield. Next, we have the Storm Javelin, Anthem’s version of a mage. This machine trades defense for raw, elemental killing power. Lastly is the quick, support type, the Interceptor. Great at getting in, dropping some quick damage, and getting the heck out of there.

When all is said and done, and your Javelin suit finally touches down, the feeling is fluid, and combat is exhilarating. It took some time to get used to the controls, as there is no in-game tutorial for the demo. HUD elements will tell you which button to press to unleash one of your many explosive armaments, but flying controls are completely up to trial and error. The more you fly, the better you get at it, and eventually, you will learn little tricks like flying close to water to keep your systems cooled, and you up in the air longer. There are a few missions included in the demo, a free roam expedition mode, and one raid-like dungeon with an exciting boss fight.

With just the small taste given, I am hungry for more, but the poor manner in which EA put this all together has me worried. We’ll just have to hope this was an eye-opening experience for them, but if they haven’t learned anything in over a decade, should we bother holding our breath?