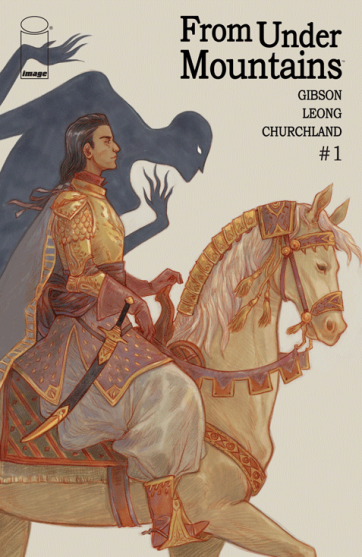 From Under Mountains #1 Review

(California)– With a mysterious ritual at its beginning, this book starts with a healthy dose of mysticism, and quickly introduces us to the land of Akhar. Akhar is a land inhabited by different class systems, humans and goblins alike. The focus of the story is split in two: one of a rich, powerful Noble family and the other is a peasant girl and her thieving ways.

At its core, “From Under Mountains” is about empowerment. In the Noble family, Elaina is about to turn 20, and her father rules the world of Karsgate. Her father believes it is best for his son to explore, to get familiar with the lands, as he is going to replace him at some point. Elaina yearns to leave the palace gates also, to learn and explore what lies outside, but she is forbidden. She must get married soon, to secure the families future, and rebuild the ties they once had with the king of Akhar.

Teva, on the other hand, seems to be as free as it gets. She is a young peasant girl and is the local trouble maker in the center of Akhar. So far it is unclear what her true motives are, but it’s apparent that she lives life the way that she chooses, by stealing and other shenanigans.

Elaina’s brother preparing for a sword competition is shown briefly, as well as an incoming siege in Karsgate and a mysterious stranger rolls into town. From the looks of it, it seems like your run of the mill medieval fare, but looks can be deceiving. Writer Claire Gibson fills each page with just the right amount of brains, angst and mystery that it doesn’t feel like anything we have come across before. It builds enough curiosity to warrant a read of issue #2, even with some of its artistic flaws. The artwork is fine in its own right, it’s a bit different, but fits the story perfectly.

Overall, I give it a 3 out of 5. This series has potential to be a fun, magical, unique look at a world that we have never been introduced to before.