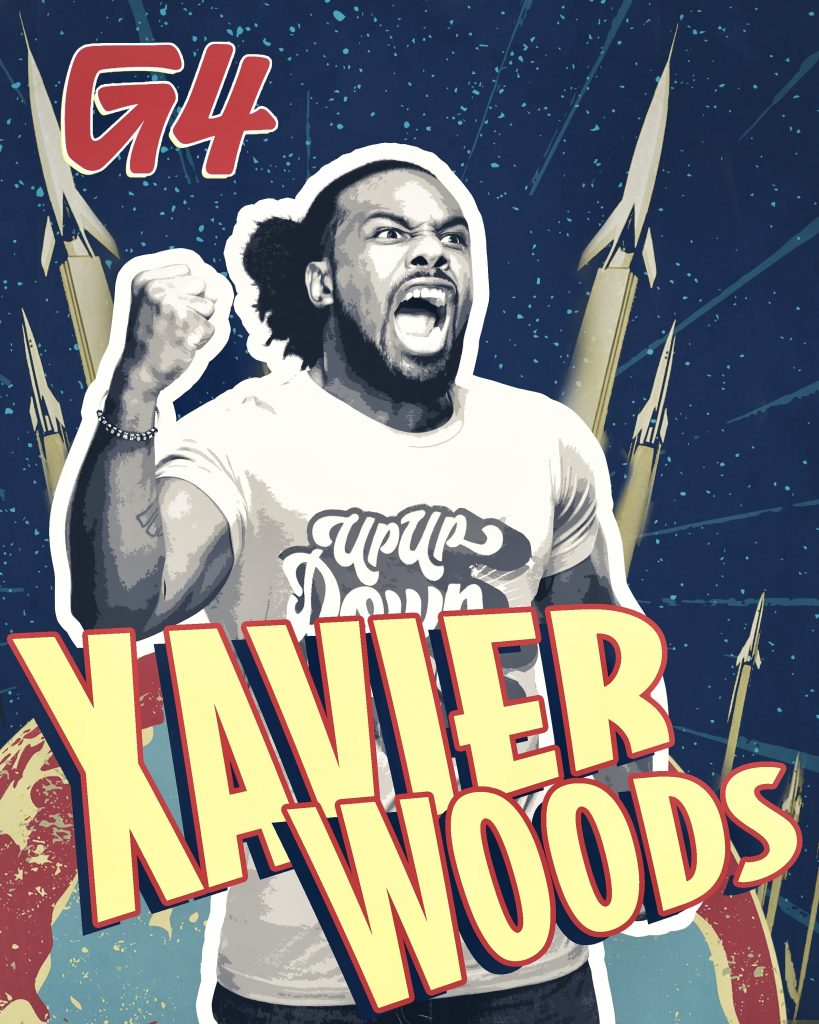 G4, the famed gaming network, previously lived on cable television from 2002-2014 and is poised to return in 2021 on multiple digital and linear platforms. Notable firsts featured within tonight’s G4 Reunion special include:

Just one example of G4’s community-driven approach is the appointment of Xavier Woods, also known as Austin Creed. He officially joined the network after a heroic appearance in the reunion special and a fan-driven #Creed4G4 Twitter Campaign which generated millions of views and couldn’t be ignored.

Xavier Woods’ appointment was announced by Kevin Sabbe, Head of Content, G4. “We could not be happier to welcome Xavier to the family and introduce the first member of G4’s new cast,” said Sabbe. “The list of on-air talent with advanced degrees in psychology, unbridled passion for video games and multiple WWE Tag Team Championships is not long. We loved Xavier’s creative #Creed4G4 campaign and cannot wait to showcase his many talents throughout G4’s developing slate of programming. Xavier stands as a fantastic first representative of an exciting and diverse team that we are assembling for G4 and will be introducing in the coming weeks and months.”

As part of WWE’s The New Day, Woods is a three-time and longest reigning Raw Tag Team Champion, and a record seven-time SmackDown Tag Team Champion. He has also hosted WWE’s pop culture extravaganza, WrestleMania, and created his own popular YouTube gaming channel, UpUpDownDown, which has more than two million subscribers and recently took home Esports Content Creator Of The Year honors at Esports Awards 2020.

“Never in my wildest dreams did I expect #Creed4G4 to gain so much momentum among WWE fans and gamers alike,” said Woods. “As a lifelong video game fanatic, I have always held a genuine affinity for the G4 brand and I’m honored and humbled to be joining the G4 team at a time when interest in gaming and the gaming community has never been stronger.”

In addition to entertaining fans and introducing WWE Superstar Xavier Woods to the G4 family, Tuesday’s reunion special kicked off G4’s Gravython charity tournament, a multi-day event featuring well-known streamers including DrLupo, Chica and Mari Takahashi. G4 partnered with Tiltify, the online donation platform, to raise funds for a variety of causes and non-profit organizations including Codepath, Boys & Girls Clubs of America, Girls Who Code, No Kid Hungry, the National Fragile X Foundation, Black Girls Code, and Connor’s Cure. Gravython is still generating donations that can be made through Saturday, November 28, by visiting www.Gravython.com.

Moderated by American comedian and gaming enthusiast Ron Funches, Tuesday’s “A Very Special G4 Holiday Reunion Special” took the loyal G4 fan community back in time to visit some of its greatest moments and was served with a cornucopia of surprises and funny twists. To view the reunion special on demand, click here. The program will also make its linear debut on SyFy Network this coming Friday night, November 27, at midnight ET and PT (11PM CT).