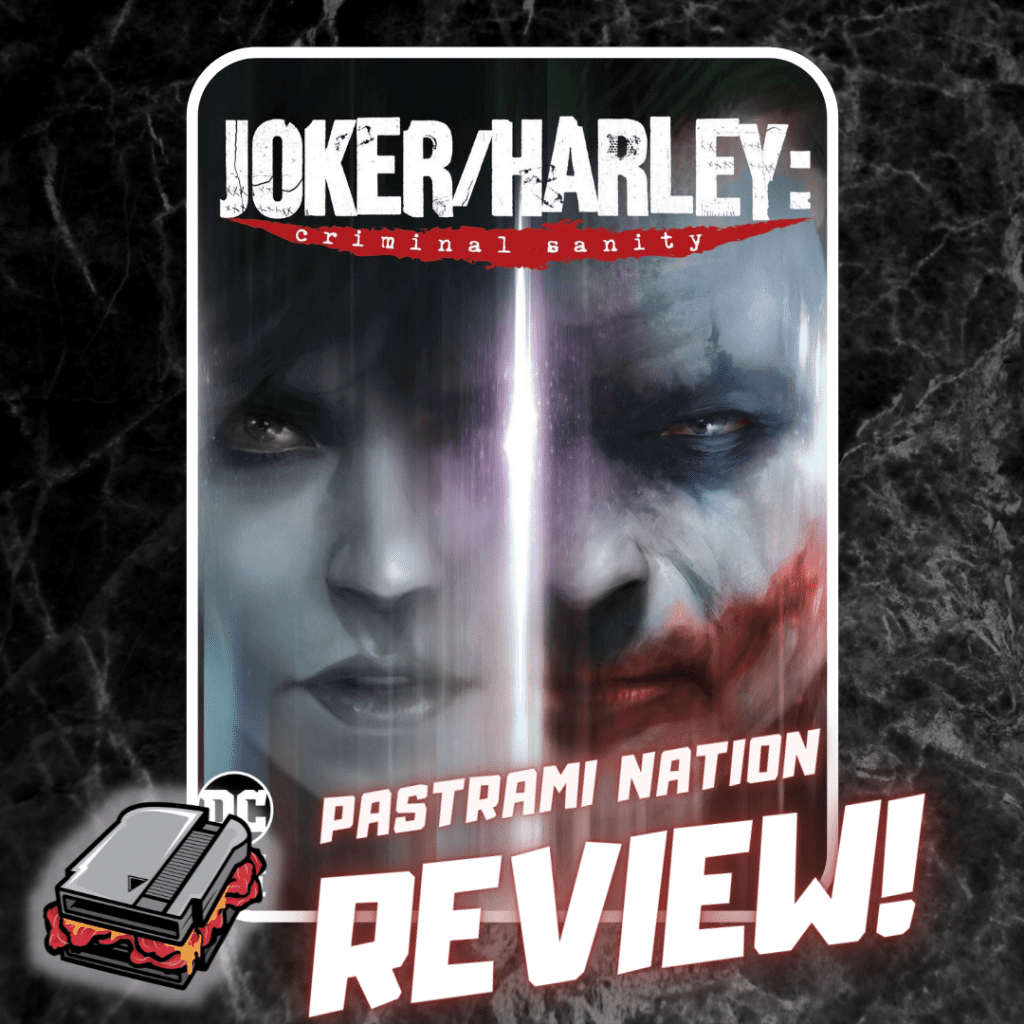 JOKER/HARLEY: CRIMINAL SANITY is a new twist on a classic DC tale, and it was exactly what I wanted it to be. It’s a twisted serial killer story placing the titular characters in a game of cat & mouse, as well as a much more fascinating Joker origin story than the Juaquin Phoenix-led movie we got a couple of years back. This Joker is a diabolically deranged criminal who is always one step ahead of the authorities. Harley is a criminal profiler who works for Gotham P.D., helping them solve their most brutal cases. It’s a cool take on both of these characters and Gotham City itself.

The amount of detail within the book is stunning.
The story combined with the art brings you into a criminal investigation in a visceral way, offering realistic case files and vivid descriptions of the crimes themselves. When the story reaches its conclusion, it’s pretty uneventful, but as they say, it’s all about the journey. Imagine John Doe from “Seven” playing games with Gotham P.D., and you’ll have a pretty good idea about what this story is.

We have witnessed the evolution of Harley Quinn throughout the years, from being manipulated and abused to becoming a hero in her own right. This version is completely different than what came before; she is a hero from the start, and there is no room for manipulation. The Joker is different as well; he’s younger and cunning, more interested in keeping a low profile by blending in rather than standing out. He’s also very charming and manipulative, which is a dangerous combination. Part of the story’s suspense comes from their known history and whether or not it can happen again. It adds another intriguing layer to an already complex mystery.

Although it’s sometimes off-putting, the artwork is absolutely incredible. It jumps between a modern noir black & white style while the flashbacks are told in vibrant colors. It’s done in a photorealistic manner that isn’t perfect in the modern sequences but works as a whole. Seeing the characters we know portrayed this like this brought the world to life in a way that jumped off of the page.

This was an entertaining and dark ride through the mind of a psychopath and the one trying to take him down. If you are into that type of thing, you will find a lot to love about this book. The hardcover is available now and collects the entire eight-issue run of the series.