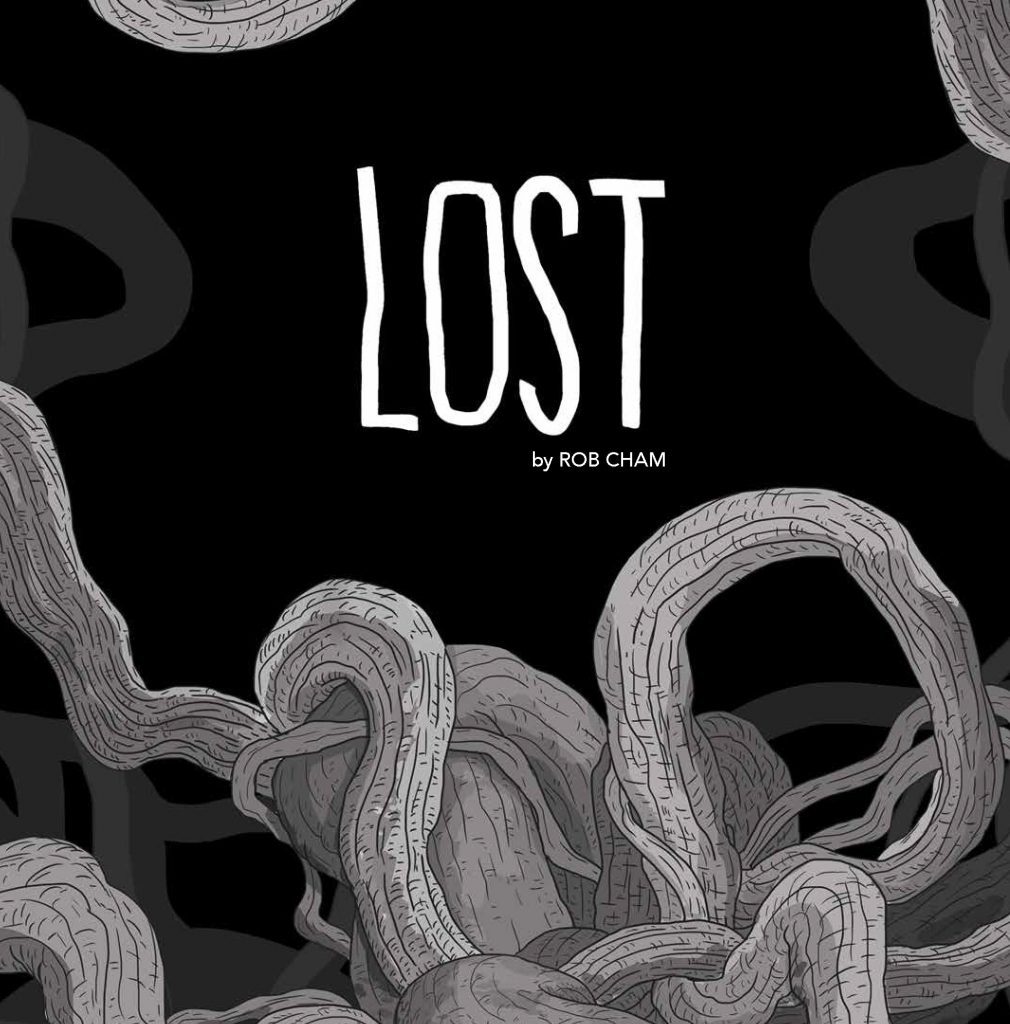 Like Light before it, Lost is a dialogue-free adventure into the unknown. Its story isn’t entirely clear, but it’s a fun trip. It allows you to create your own story while giving you a blueprint.of which direction the story should take. It’s as minimalistic as comics get, and it’s an incredible journey.

The book is about two best friends, Backpacker and Tear. Following their adventures in Light, they find themselves in a strange dimension after falling into a magical portal. They must traverse this unique land, encountering strange creatures and magical wonders. Things go awry when they get split up, and they must find each other if they hope to get out of this place.

That is all I could tell you about this story because frankly, there isn’t much else to say. If I did try to fill in the blanks, it would go against everything the book seems to be about. Created by Rob Cham, Lost is a beautifully rendered adventure. I really liked everything’s simplistic nature, creating something akin to a dream inspired by the weirdest Cartoon Network has to offer. The character designs are cute and strange, fitting into an oddly unforgettable world.

But aesthetics and story aside, the real charm of Lost is how you feel while reading it. There is a childlike wonder about it that feels special. It’s all of the whimsical characters you can dream up while walking through a dark forest late at night. It’s about using your imagination and making the story as simple or as complex as you would like. This is a world of fantastical monsters that allow your imagination to run wild. It’s a cool idea, and it’s a path I’m glad this book took.

Lost, and what came before it, Light, are two books that any fans of good artwork and comics should check out. It tests the boundaries of how to tell stories in this medium with amazing results. Make sure to check out this incredible adventure.