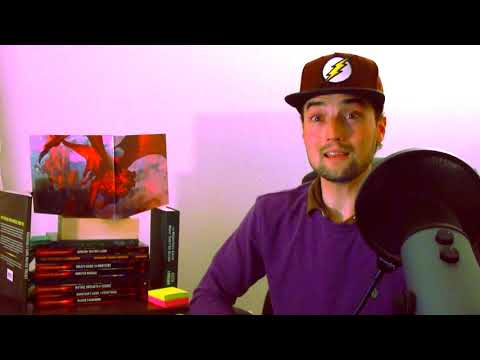 D&D Or Nothing: Episode 3

After leaving the waterfall. Aayushi’s horse stepped on a branch that set off a trap which sent a screech out into the air. Moments later the chanting of natives on the hunt could be heard. The party moved on. Love Trip flew up to look for anything, all they could see was a large clearing, four pteranodon’s flying, and the slight rustling of the trees coming towards them. LoveTrip flew back down and let the other’s know and off they went. Eventually, the six of the island natives caught up to them and surrounded them. LoveTrip spoke to one and learned about how there are black-robed individuals who have joined forces with the other tribe on the island and have caused the issues that have befallen the people and brought about the ruin of the civilization. They parted ways on good terms and were asked to remove the black robes and the other tribe. Our heroes went on towards the civilization in search of treasure and maybe aid. On their way they walked through a swamp where they saw six more natives similarly dressed to the ones they met earlier, attempting to push two brontosauri’s somewhere. They never stopped to find out what happened but later they heard the blood-curdling screams of some dinosaurs. At one point, they even stumbled into a nest where a sleeping triceratops lay. After a while they made their way to the ruined civilization. They entered the first building they could find that didn’t look like it was about to fall apart. The only thing of note they could find was a safe. None of their attempts to pick the lock proved to work and they decided to come back to it later. The next building they went to was much nicer and turned out to be the Shaman’s hut. They noticed that the door to the hut looked as if something were leaning against it, Aayushi snuck inside through the back window. They looked and saw that there was a humanoid shape in front of the door, using a torch they looked only to find that the figure was long since dead. Moving the body they were able to open the door. They found two kite shields and two scimitars on the wall next to a very elegant shrine, the large image of the red lightning bolt the main attraction. Finding nothing much else of value here they went on. LoveTrip soon found a library and after breaking open a large glass window, they flew inside only to see that all of the books were gone as if someone had stolen them. What little could be found were of little importance to LoveTrip and cared not for many of them. Aayushi took a book titled “How to train your dinosaur”, which turned out to be a children’s book detailing how someone might tame and train a dinosaur. Shortly after they exited the library, moans could be heard and the sound grew louder every second…

During this session, I had to improv a lot. The interaction between the natives and the party could have gone the other way but the players decided to talk their way out of the situation instead of fighting. My players tend to try to talk their way out of situations rather than fight if they can help it, I tried to put many opportunities for them to fight something. Next time I would just have something start fighting them.

“In other news… The One-Eyed King
The nobles of Eveningstar help out with a local problem, resulting in a new guest coming to stay at the keep. However, as their responsibilities begin to mount tension between them chips away and Tarkhal has strange dreams of a mysterious woman in green…

Due to shipping complications related to COVID-19, the North America release date of the D&D accessory product Icewind Dale: Rime of the Frostmaiden Dice & Miscellany has been delayed. The new release date is currently on track for September 29, 2020 (previously September 15).

We do not expect the release outside of North America to be affected. Additionally, the upcoming D&D adventure Icewind Dale: Rime of the Frostmaiden is unaffected and is still planned for a September 15 release.

While there is a lot inside of this issue, the articles that caught my interest the most are the following.
Details on the upcoming sourcebook Tashas Cauldron of Everything which is looking to be really cool. I personally think it is a sequel to Xanathar’s Guide to Everything. More on this in a moment.
There is a new D&D board game with lots of cool-looking maps, PC and NPC cards, tokens, and much more. This could be useful for use in the regular D&D too.
If you like sporting events such as the Olympics, then this will suite you. They took a short PDFs from various sourcebooks containing different competitions. The events included noteworthy are Dino Wars and The Floor is Lava.
The last coolest thing on here is an entire map of Castle Ravenloft drawn out in comic book style. Even if you never intend to play a game in the Ravenloft setting, you will still find this map to be very interesting.

The wizard Tasha, whose great works include the spell Tasha’s hideous laughter, has gathered bits and bobs of precious lore during her illustrious career as an adventurer. Her enemies wouldn’t want these treasured secrets scattered across the multiverse, so in defiance, she has collected and codified these tidbits for the enrichment of all.

Full of expanded content for players and Dungeon Masters alike, this book is a great addition to the Player’s Handbook and the Dungeon Master’s Guide. Baked in you’ll find more rule options for all the character classes in the Player’s Handbook, including more subclass options. Thrown in for good measure is the artificer class, a master of magical invention. And this witch’s brew wouldn’t be complete without a dash of added artifacts, spellbook options, spells for both player characters and monsters, magical tattoos, group patrons, and other tasty goodies.

To summarize today’s episode, sometimes unless you just initiate the combat yourself, your players will not engage. They will sneak and talk their way out of anything they can. If you initiate combat then you are much more likely to get it and they will be forced into it or they will have to figure out a different tactic.

Other than the three core rule books, the Dungeon Masters Guide, the Player’s Handbook, and the Monster Manual, I recommend The Monster Know What They are Doing. It will give you as a DM insight as to how to better play the monsters and NPCs your players will encounter. Even if you know what you are doing, more information will always help and you can always learn something new.