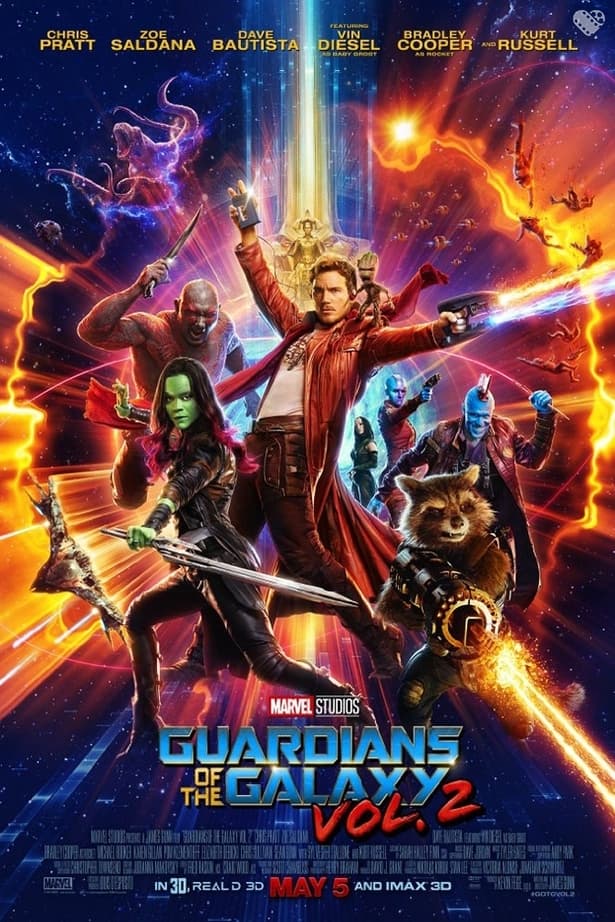 Guardians of the Galaxy Vol. 2 Review: Hooked on a Feeling (Again)

Guardians of the Galaxy Vol. 2 Shines Like a Supernova

When the first Guardians of the Galaxy film was about to hit theaters, there were quite a few people questioning Marvel’s decision. Why give a “third rate” team like the Guardians their own feature film? Who the heck is Star Lord? Or Groot? Well, safe to say the naysayers disappeared once the film dropped and hooked the world on a feeling or two. Now, in 2017, the second installment has finally hit. But was Marvel able to bottle lightning once again?

With Vol. 2, the gang is all back: Star Lord (Chris Pratt), Gamora (Zoe Saldana), Drax (Dave Bautista), Rocket (Bradley Cooper) and Baby Groot (Vin Diesel), and this time, the threat is even more intense. Right from the get go, the humor is back in heaps, especially the opening sequence where Baby Groot shines. The Guardians end up in the sites of the Sovereigns, led by the gold skinned Ayesha (Elizabeth Debicki). But when the team is saved by a strange man named Ego (Kurt Russell), things really begin to get interesting.

Back from the first film as well is the tortured sister of Gamora, Nebula (Karen Gillian) and one of the stand outs from the first film, Yondu (Michael Rooker). Joining Russell and Debicki as new cast members is Pom Klementieff, who plays the awkward by likeable Mantis. Other new faces include Sylvester Stallone as Stakar, a man from Yondu’s past.

Music plays a major part in this film as well, with a soundtrack that screams throwback for every track. But the key to this film’s success is the heart of it all. Without going into spoilers, emotions play a huge part in this film, from more than one character. The introduction of Ego and Ayesha bring more of the cosmic Marvel Universe to the forefront. Also, it begins to lay the groundwork for the Infinity War, coming to the Marvel Cinematic Universe.

This film is full of action, surprises and emotional turns. Each main character adds to the film, with a host of stand out supporting cast that, to me, make for a movie that rivals the original. If you are a Marvel Comics fan, like I am, then there are a LOT of Easter eggs in this film, including five after the credit scenes. Guardians of the Galaxy Vol. 2 shows that Marvel has crafted a premiere superhero team without the help of the Avengers or X-Men, and has done so masterfully.