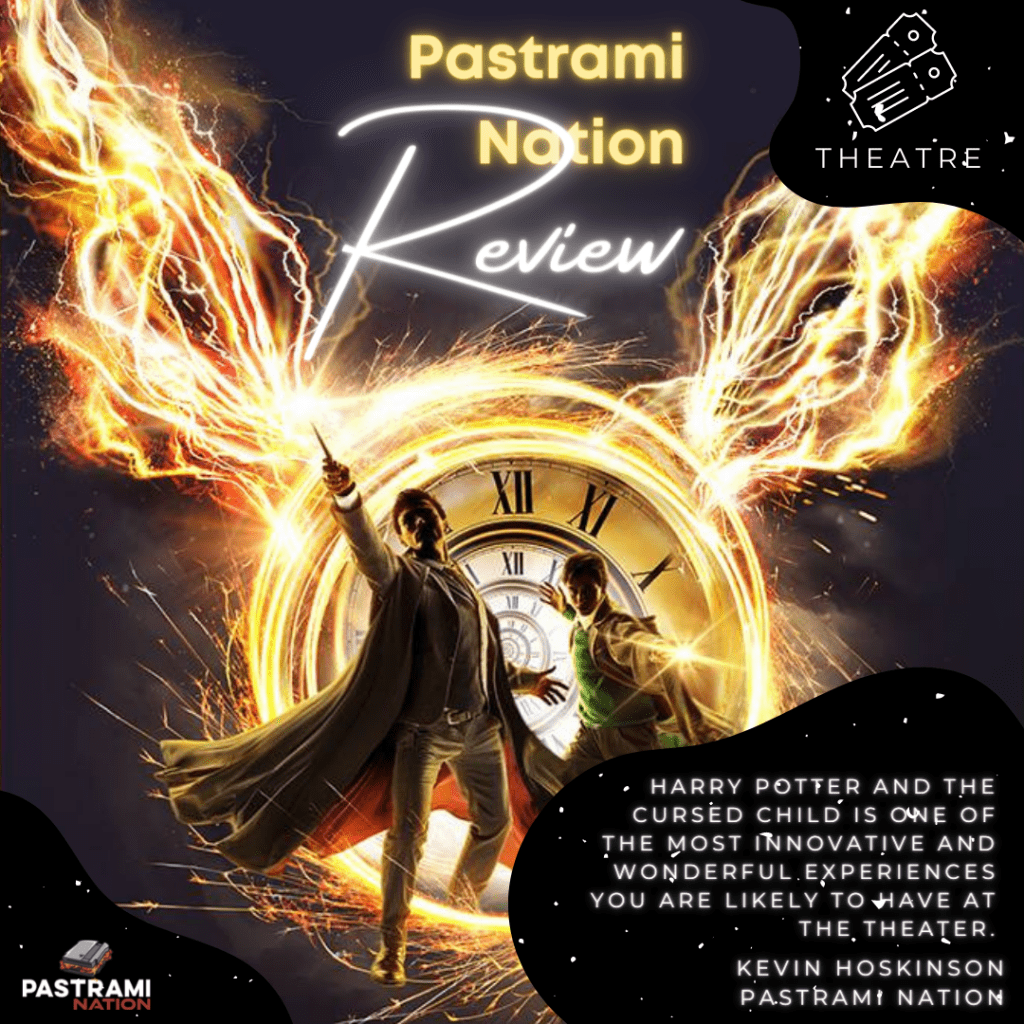 Originally a play in two parts, Harry Potter And The Cursed Child has been reimagined as an epic one-night event at The Curran Theater in beautiful San Francisco, California. As somebody who never experienced the full show, it’s hard to imagine what was cut because this felt like the complete package. Coming in at 3 hours and 30 minutes, the night was filled with stunning performances, amazing special effects, and a score that will steal your heart. With an engrossing story at its core, it’s quite possibly the most enchanting live performance I have ever seen and will make you believe in magic all over again.

Taking place 19 years after the conclusion of Harry Potter And The Deathly Hallows, we are sucked right back into The Wizarding World. The set design is minimal but perfectly establishes a sense of place and time. Using the artistry of live theater, the stage transforms from one scene to the next seamlessly. At first, it’s a simple setup, with massive “concrete” supports and a giant clock in the background. There is luggage piled up here and there, and as soon as the show starts, it becomes a bustling train station. It transforms into Platform 9 ¾, and the adventure begins.

The main plot revolves around Albus Potter and Scorpius Malfoy as they form an unlikely friendship. Using an object known as a Time-Turner, the two travel through time to right some wrongs with surprising and sometimes unfortunate results. Adapted for the stage by playwright Jack Thorne (who also adapted His Dark Materials for television), the world that many know becomes a living, breathing thing right in front of your eyes. As somebody who didn’t write the source material, Thorne knows the characters and world inside and out. There are returning characters such as Harry, Hermione, Ron, Ginny, and Draco, who feel properly grown-up while still struggling with their past. The way they interact with each other is like old friends who have known each other for so long. They are also raising children who are getting into the same kind of trouble they did when they were younger, which adds a new layer to the already compelling relationships. It is a proper evolution that could have felt cheapened had it been done by anybody else but Thorne nails it.

While the show isn’t a musical, music plays a massive part of the story. There is an ongoing sense of wonder and danger throughout, and the music underscores all of it. Composed and recorded by singer/songwriter Imogen Heap, it helps move the story forward beautifully. Euphoric and soothing, it compliments the actors’ movements in a way that words compliment a song in a Broadway musical. It flows with a pitch-perfect fluidity that fills the auditorium with a better understanding of who these characters are and why they make the choices they do. It goes from whimsical when we are met with a chorus of dancing wands at Hogwarts to enchanting when we enter the forbidden forest to downright diabolical when we face our villains. It reflects what life is like in this world in a way the scores for the films (although John Williams is the GOAT) could never do.

Essential to bringing the stage version of the franchise to life are obviously the live performers making it happen. As best friends Harry, Hermione, and Ron, actors John Skelley, Lily Mojekwu, and Steve O’Connell effortlessly slip into familiar shoes. Lucas Hall brings a familiar devious charm to the role of Draco Malfoy, and Folami Williams is fantastic as Rose Granger-Weasley, showing traits of both her mother and father. The real highlight of the show is the relationship between Albus Potter and Scorpius Malfoy, played by Benjamin Palpac and Jon Steiger, respectively. Their chemistry together is top-notch, and they keep a childlike sense of wonder and charm when they are playing off each other. Scorpius is the most interesting and hilarious part of the show, easily coming away as the scene-stealer and fan favorite.

Harry Potter and the Cursed Child is one of the most innovative and wonderful experiences you are likely to have at the theater. It’s truly mind-blowing how much work went on behind the scenes to make something like this happen. There are magic spells being cast, floating chairs, and action sequences that rival anything you will see on the big screen. As somebody who has only watched the films, it gave me a better understanding of the characters and made me appreciate the world so much more. This is a show that should not be missed!