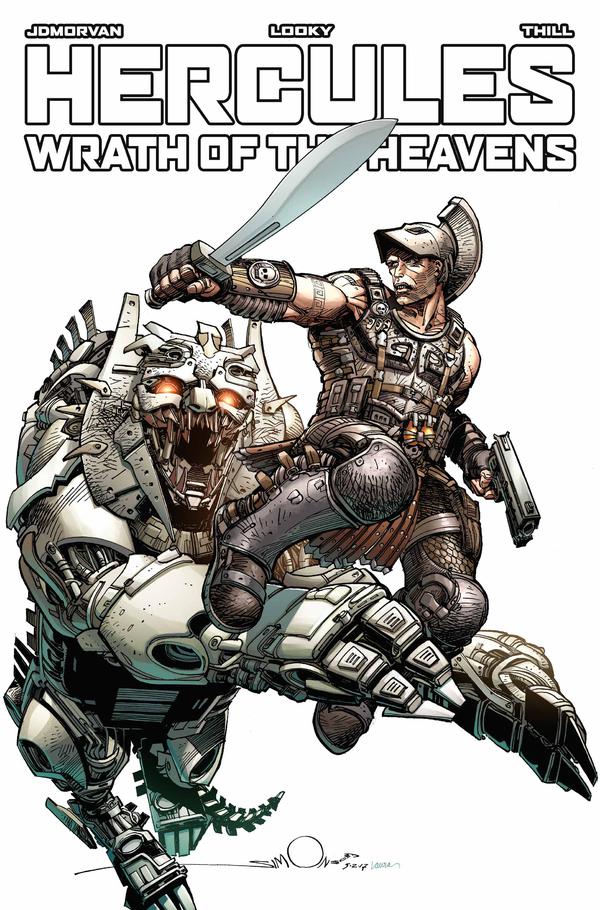 Hercules Wrath of the Heavens #1 Review: A Super Strong Start

When I heard that Titan Comics was releasing a new Hercules series, I imagined loin cloths and Kevin Sorbo. Boy, was I wrong!

Titan takes readers on a trip to a future where Hercules is a super-strong human-god hybrid seeking redemption and revenge.
In order to fulfill his desire for revenge, he must complete 12 labors that will allow him access to the gods. First up is a mechanical cat-like beast that is terrorizing a planet. Hercules must use all of his strength and wit to face off against this deadly foe.

Writer Jean-David Morvan uses every panel to build an intriguing universe around his intergalactic strong man. Taking a centuries-old tale and giving it a new futuristic take, Morvan crafts a surprisingly original tale of the super strong hero. By the end, I could not wait to learn about all of the labors that he would have to accomplish.

On top of an amazing story, Looky provides great looking artwork throughout the book. He makes Hercules look like an badass hybrid of the past and a new futuristic look. Hercules looks like he could take on the universe (and he just might!).

I really enjoyed this first book. While many people may think they already know the tales of Hercules, they have never seen him like this! With a fresh take on a familiar story, Titan hits a home run with their new title.

Throw in the special cover art by comic legend Walt Simonson and this book has it all.

Rating: 10 out of 10. This is Hercules like you have never seen him before, and it is awesome!