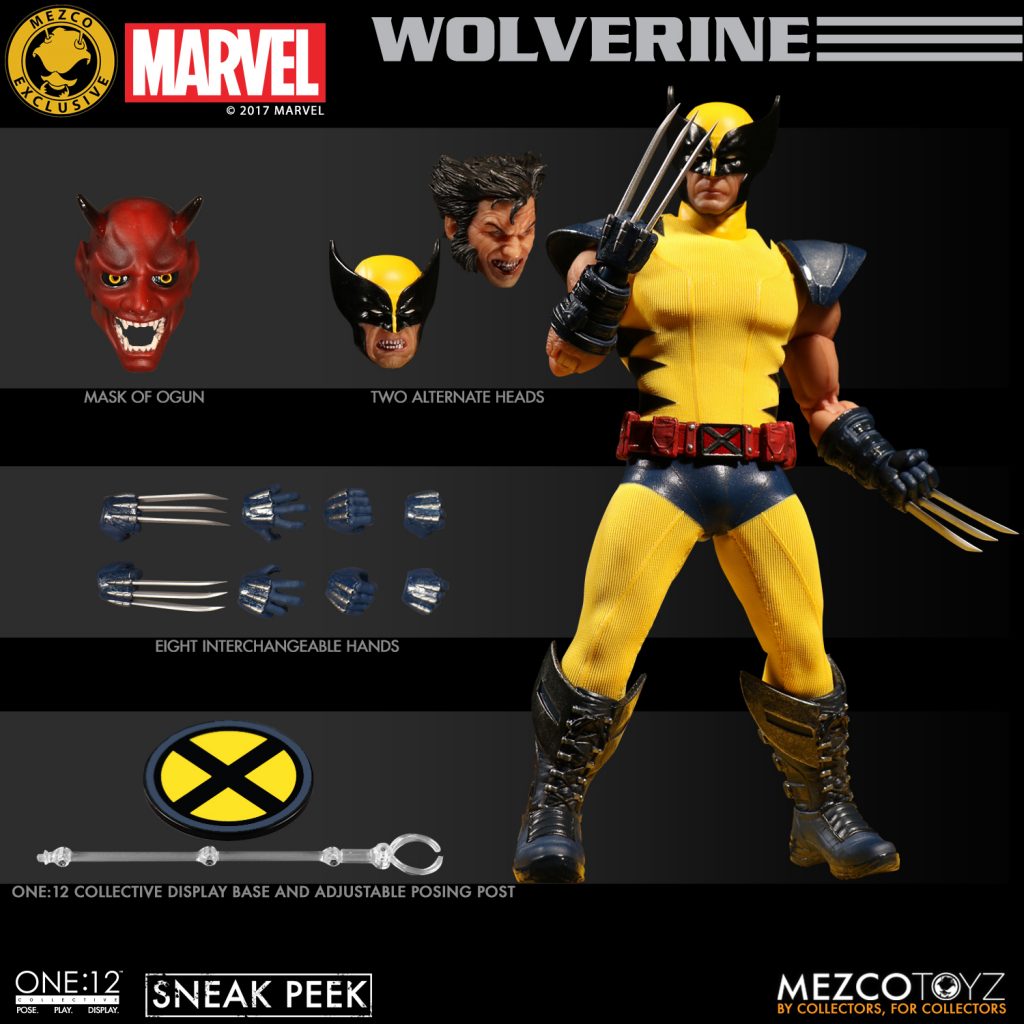 The Blue and Yellow Wolverine Heads to the One:12 Collective Line

Mezco Toyz showed off one of the most requested figures this Labor Day with the reveal of their next New York Comic Con fall exclusive: the classic blue and yellow Wolverine as part of their One:12 Collective series.

A brown suit Wolverine has already been revealed, but this is easily the most iconic suit for the old Canucklehead. From the classic run by Jim Lee to the animated series and countless video games, this is the uniform most fans know best.

Check out the photos to see Mezco’s take on the costume, as well as a look at what’s included.

The yellow and blue Wolverine will include two cowled head sculpts and one uncowled head-sculpt. He’ll also include the mask of Ogun, a trophy of one of his greatest foes. No other One 12 Wolverine figures has included these additional accessories yet.

The yellow and blue Wolverine will be available on Mezco’s  website for preorder next Wednesday, the 13th. As with all of their exclusives, he’ll only be available on the website or at Mezco’s booth at NYCC at booth #1954, from Oct. 5th to the 8th.