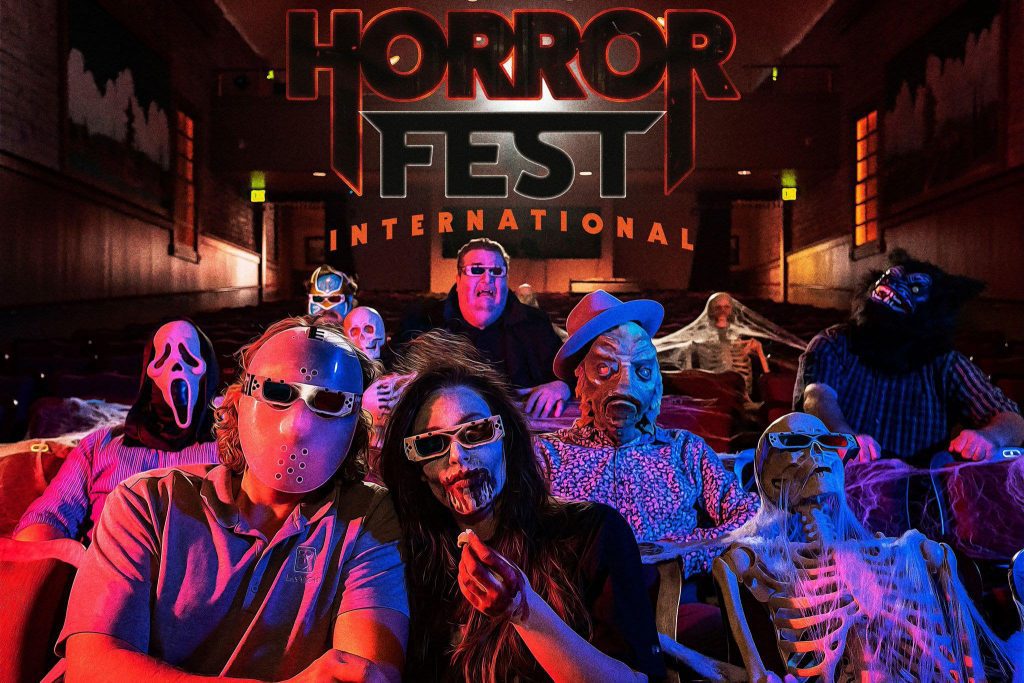 HorrorFest International is just around the corner, and like years past, it promises to bring the chills to beautiful St. George, Utah. Running from October 20th – 23rd, the long-running festival will showcase filmmakers from all around the globe, featuring both short films and full-length features. The event will include filmmaker Q & A’s, storyteller panels, a horror art gallery, photo ops, an awards ceremony, and so much more.

This year HorrorFest will be screening over 50 films, all of which mix horror with comedy, drama, mystery, and more. The featured titles making their Utah premieres are FRANK AND ZED (Dir. Jesse Blanchard), HELLBENDER (Dir. John Adams, Toby Poser, Zelda Adams, and Lulu Adams), MALIBU HORROR STORY (Dir. Scott Slone), THE REALIATORS (Dir. Bridget Smith and Samuel Gonzalez Jr.) and TO FREDDY (Dir. Vijar Boe). Along with an eccentric mix of short films from the United States all the way to Germany, there is sure to be something for everyone. They are also doing a 3D Horror Alley event, which is sure to bring a whole new dimension of horror.

Put on annually by the Film And Media Alliance Of Southern Utah (FMASU); HorrorFest has been running since the early 2000’s. Their goal is to keep the spirit of film history alive but also to entertain audiences and champion the big screen experience. In 2005, they introduced the Halloween edition of the “Guerilla Filmmaking Challenge.” This competition encourages filmmakers of all skill sets and ages to put together a short film with any resources they have and gives them the rare chance to experience their creation on the big screen with a live audience. On top of fantastic films, they are hosting a screenplay contest, with full-length and short screenplays competing for the final round.

The folks over at HorrorFest have once again chosen the best of the best to thrill all who attend. If you are interested in experiencing the fest yourself, check out fmasu.com/horrorfest for more details. It is going to be an event you won’t want to miss!