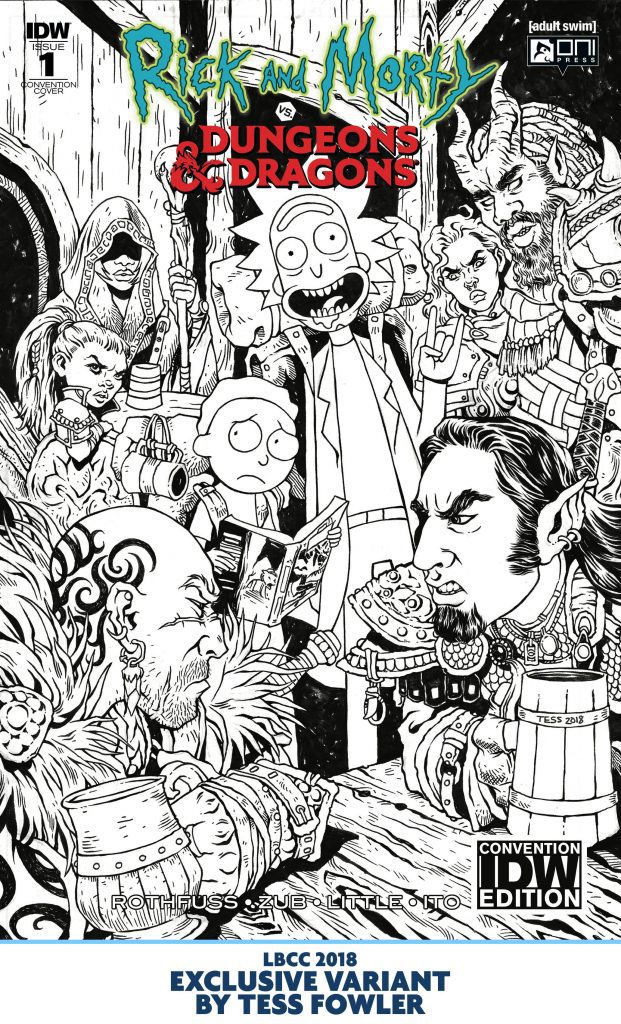 Kevin Eastman, co-creator of the Teenage Mutant Ninja Turtles, will join IDW at their booth for a ticketed signing appearance on Sunday, and also appear at a Special VIP Meet and Greet, limited to 25 people. Full details on participating in the VIP Meet and Greet can be found by clicking on “Get Tickets” at the LBCC Eventbrite page.

Tony Fleecs (prolific artist of IDW’s My Little Pony titles) and J.K. Woodward (artist of Star Trek TNG: Mirror Broken and its sequels – including the current Terra Incognita), in addition to signing times at the IDW booth, will be available throughout the weekend at their own booths: D36 (Fleecs) and B19 (Woodward).

The signing schedule for IDW Booth #900 is:

Get the exclusive convention variant signed by the cover artist!

2:00pm – 4:00pm: Kevin Eastman (co-creator, Teenage Mutant Ninja Turtles) Admission into this signing requires an exclusive ticket. Tickets for this signing will be distributed at the IDW booth when the show opens on Sunday, September 9th.
Maximum of 2 items to be signed by Mr. Eastman. No sketches or photos can be accommodated.

We look forward to seeing IDW fans and curious newcomers at Long Beach!