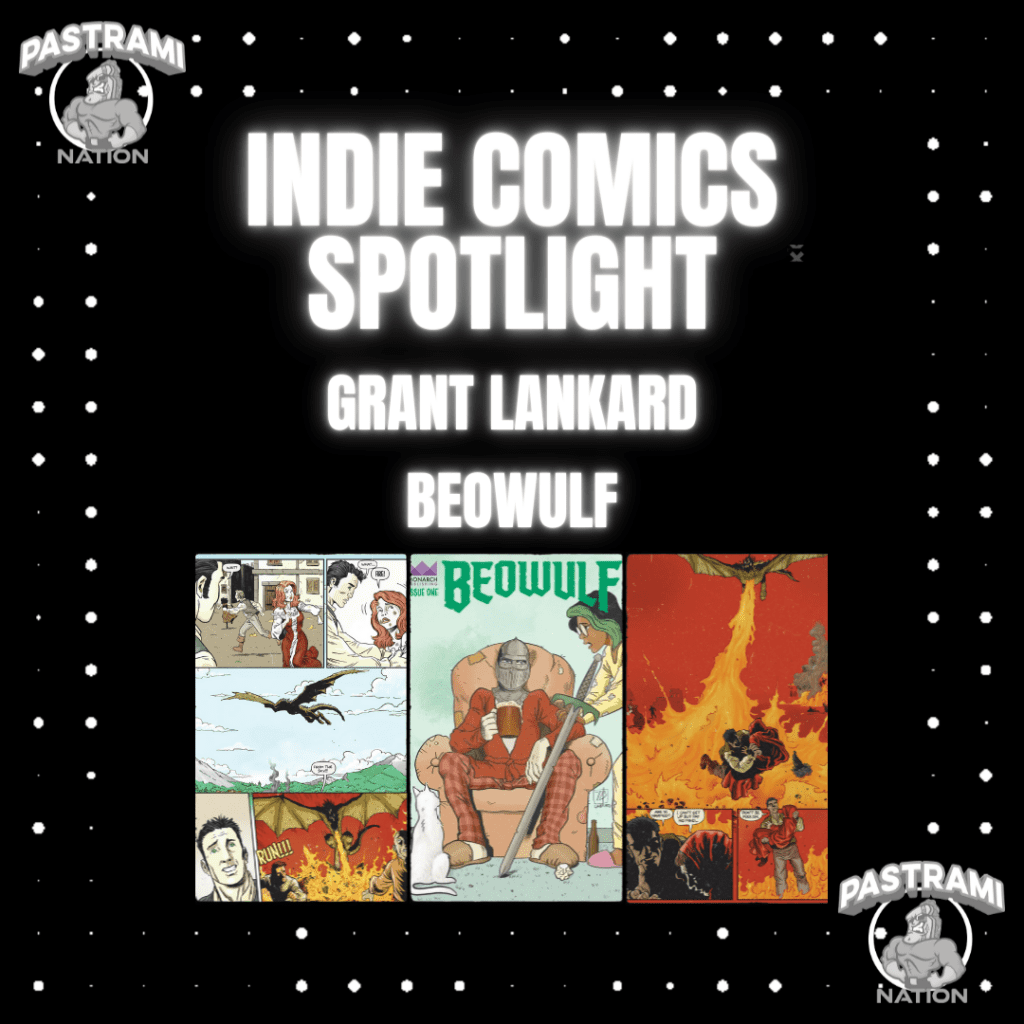 Welcome to Pastrami Nation’s Indie Comics Spotlight! We hope to help spread the word of amazing independent works with our comics and creator spotlights! With this installment, we shine the spotlight on Grant Lankard and his current Kickstarter project, Beowulf!

What’s it all about? Here is the info straight from the Kickstarter campaign.

“Hazel, a pre-teen girl living in suburbia, is having a typical, boring evening when she’s startled by the premonition of a dragon awakening from a centuries-long nap. As surprised as she is by the vision, she’s absolutely shocked when her cat, Mooney, opens his mouth and tells her that he too had the same premonition. Mooney knows of only one man brave and mighty enough to go toe to toe with a dragon, the mighty warrior, Beowulf.”

We chatted with creator Grand Lankard about Beowulf, comics, and more!

Grant Lankard: “My name is Grant Lankard, and my new comic book is called Beowulf. It’s the story of a 13-year old girl who discovers her cat is the reincarnation of an 8th-century wizard when they have simultaneous visions of a dragon waking after a thousand-year nap. They seek help in the legendary warrior, Beowulf. Unfortunately, it’s been over 1,000 years since he was a mighty warrior, and he’s now more millennial slacker than dragon slayer. Issue #1 is on Kickstarter currently: https://www.kickstarter.com/projects/mrgrantastic/beowulKickstarter-0?ref=user_menu“

Grant Lankard: “I got into comics in the 90’s, when I was awestruck by the new trendy “extreme” style typified by artists like Jim Lee, Rob Liefeld, and Todd McFarlane. I wanted to be a comic artist like them but was talked into a more “marketable” office job. I was very bored, but I worked on anthologies like Yeet and Lines and Squiggles in my free time. When the pandemic hit, I had a lot more free time and chose now as the time to do my magnum opus, Beowulf.”

“I would also love to write Shazam, as he is one of my favorite characters who hasn’t been done to death. I also have a lot of ideas for the character.”

“Also, you can get a free sample of Beowulf at www.monarchpublishing.net.”